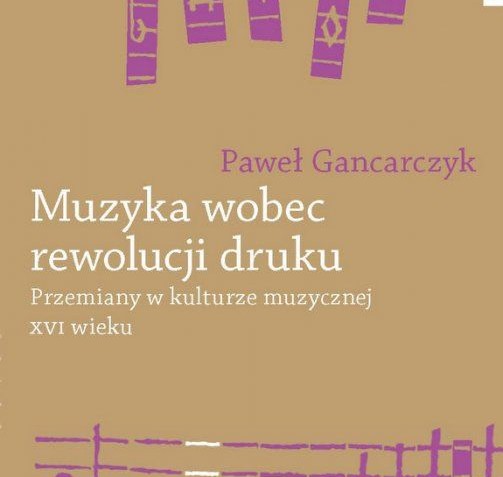 Paweł Gancarczyk, a professor at the Institute of Art of the Polish Academy of Sciences, has won the prestigious Prix des Muses award for his book Muzyka wobec rewolucji druku. Przemiany w kulturze muzycznej XVI wieku (Music and the Printing Revolution: Transformations in the Musical Culture of the 16th Century), published in the FNP MONOGRAPHS series and translated into French in the FNP TRANSLATIONS programme.

The Prix des Muses is awarded by Fondation Singer-Polignac for the best book in French devoted to a musical topic. Over 60 titles – academic studies, popular writings, essays and literary works – were submitted for the award in 2015.

Paweł Gancarczyk’s work, published in French as La Musique et la révolution de l’imprimerie: les mutations de la culture musicale au xvie siècle, describes the significance of the discovery of printing for the musical culture of the 16th century. It was published in Polish in 2012 by Nicolaus Copernicus University (Wydawnictwo Naukowe UMK) as part of the MONOGRAPHS series of the Foundation for Polish Science. In 2015 the French translation by Wojciech Bońkowski was published by Symétrie.

Paweł Gancarczyk is a musicologist specializing in the history of music of the Middle Ages and the early modern period, focusing on studies of the musical culture of Central Europe and issues of sources and codicology.

More about the book in Polish and French