Calls for Applications Begin in the FIRST TEAM and HOMING Programmes 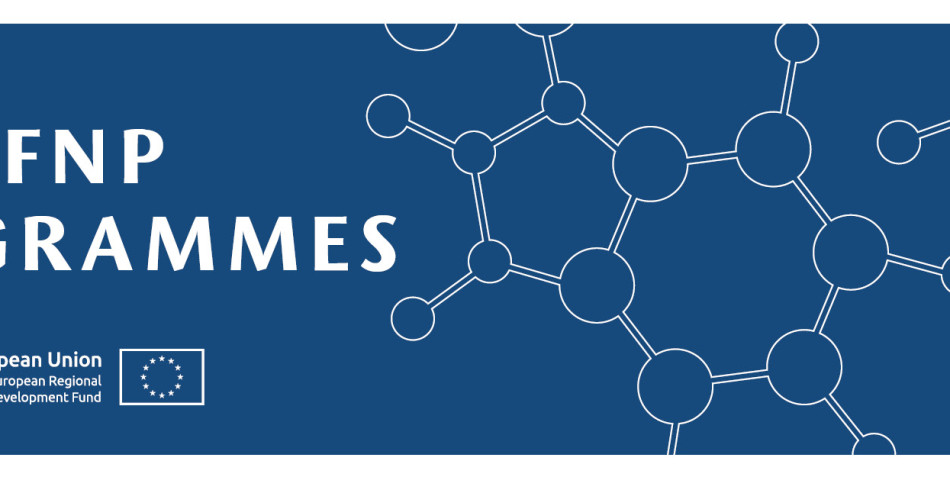 As of today, 15 February, applications are being accepted in the FIRST TEAM and HOMING programmes for young scientists that the Foundation for Polish Science (FNP) is implementing with funding from the Smart Growth Operational Programme (PO IR). The application deadline is 24 March 2016. The total amount that can be awarded in the two competitions is nearly PLN 20 million.

“The FIRST TEAM and HOMING programmes are designed for young researchers at a turning point in their scientific career, just after the doctorate and deciding on how to continue their career,” said Dr Tomasz Poprawka, Deputy Director of the Programme Division at FNP. “With attractive financial conditions and the possibility of achieving scientific independence, we want to encourage them to continue working in R&D, and most importantly to do so here in Poland.”

Opportunity for young researchers and firms

The FIRST TEAM and HOMING programmes are targeted to young PhD’s (up to 5 years after obtaining their doctorate, with the possibility of extending this period under certain conditions to 9 years after obtaining the doctorate). Researchers from Poland or abroad may apply for funding, regardless of nationality. The projects will be pursued in cooperation with research partners from Poland or abroad—this is an incentive to form new partnerships or strengthen existing ones, particularly among young leaders. The subject of projects can be R&D that falls within the scope of the National Smart Specializations, particularly those involving development of technologies, design of products or production processes, and projects with high potential for application or significance for resolving an important research problem or socioeconomic issue. Firms operating in Poland will also be eligible for support. They can receive up to 80% co-funding for projects based on rules for awarding of state aid.

The goal of the FIRST TEAM programme is to enable young researchers to create and lead their first research team. They can obtain up to PLN 2 million for a period of three years (with the possibility of extension by a further year). These funds may be used among other purposes for salaries (the project director may apply for monthly pay of up to PLN 20,000 (pre-tax), a young PhD up to PLN 15,000, a PhD student up to PLN 8,000, and an undergraduate up to PLN 4,000), subcontracted work, stipends (PLN 1,500–4,500 pre-tax), training and internships as part of HR development, and to cover a number of other costs connected with conducting R&D work. In addition, it will be possible to obtain funds in the programme (through a competitive procedure) for purchase of research apparatus. Projects can be implemented at research units, enterprises, or scientific/industrial consortia in Poland.

The HOMING programme is designed to encourage researchers abroad to pursue a postdoctoral fellowship in Poland or to return to the country.

According to Dr Tomasz Poprawka, “The Foundation has always taken the position that scientists should be mobile, should gain experience abroad, but should also have decent conditions for returning to Poland. The HOMING programme should ensure them a ‘soft landing’ here. The programme also responds to the growing interest in Poland among foreign researchers as an attractive location for conducting research.”

The amount of funding that projects can receive in this programme is PLN 800,000 over two years. Unlike the FIRST TEAM programme, HOMING projects will generally take the form of individual postdoctoral fellowships, but the directors may also involve additional persons in realization of the planned R&D work. The grant funds may cover the costs of salaries (the programme permits a monthly pre-tax salary for the director of the project of up to PLN 17,500), subcontracted work, stipends, training and internships as part of HR development, as well as a number of additional costs related to conduct of R&D work. Projects may be pursued at research units or enterprises in Poland.

Recruitment of applications for the two programmes runs from 15 February to 24 March 2016. Further competitions will be announced in the second half of August this year.

The guidelines for the new programmes FIRST TEAM and HOMING seek to leverage the Foundation’s best experience from previous programmes, particularly FOCUS, HOMING/POWROTY and HOMING PLUS.

In the FOCUS programme, the Foundation supported young researchers in establishing their first interdisciplinary research teams. The programme, implemented in 2006–2010, was a pioneering proposition, unique at that time, for people at the early stage of their scientific career. It resulted in creation of 23 teams involving nearly 80 young researchers (including the leaders). The beneficiaries of that programme included Dr Dorota Rosińska from the University of Zielona Góra, co-author of the recently announced groundbreaking discovery of gravitational waves, as well as Dr Justyna Olko-Bajer from the Artes Liberales Faculty at the University of Warsaw and Prof. Maciej Konacki, an astronomer at Nicolaus Copernicus University in Toruń, who are among the 13 Polish winners of ERC Starting Grants.

The new HOMING programme, in turn, is a direct continuation of the HOMING/POWROTY programmes (implemented in 2006–2011 and co-financed out of funds from the Norwegian Financial Mechanism—EEA Grants) and HOMING PLUS (2010–2015, funded through the Innovative Economy Operational Programme). Both of those earlier programmes, as well as the latest one, were designed to encourage young researchers to come to Poland to conduct their research. Thanks to the Homing/Powroty and Homing Plus programmes, over 180 young researchers were drawn to Poland. Another programme with similar guidelines was the stipend programme (financed out of FNP’s own funds) aimed at foreign researchers and implemented jointly with the Józef Mianowski Fund—Foundation for the Promotion of Science in 1994–2011. Through that programme, research was conducted in Poland by over 730 foreigners, mainly from east of Europe.

The programmes are co-financed with the support of the Smart Growth Operational Programme (PO IR).