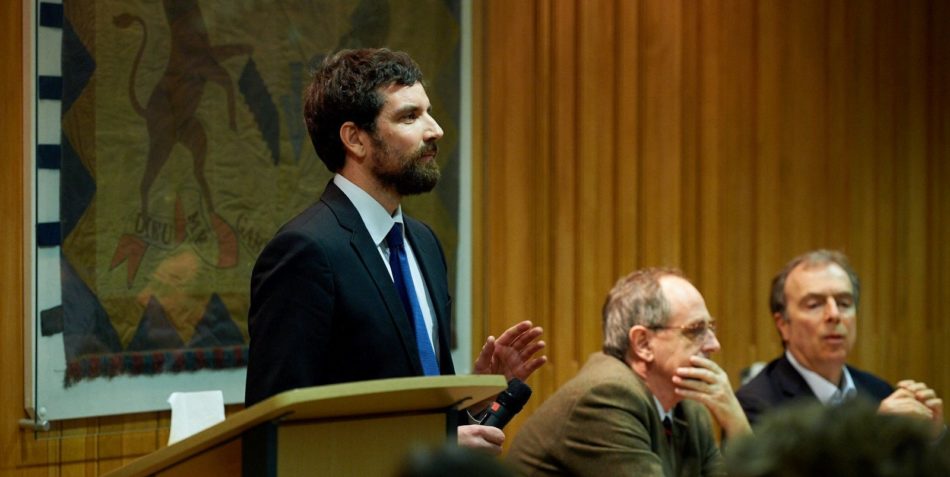 The Polish Studies initiative, a part of the Faculty of Medieval and Modern Languages, was opened in October 2014 as the second FNP project – after Columbia University in New York – aiming to create Polish language and culture chairs at prestigious educational institutions abroad. The chair offers its students an opportunity to become acquainted with the language, history and literature of Poland, examining their social, cultural and political dimensions and acting as a key centre for the study and promotion of Polish issues in the UK, in Europe, and globally.

The Cambridge University Student Union awards are a bottom-up campaign, organised by a body which represents all students enrolled at the renowned university. This year, the nomination form was filled out by 591 students, informing the institutional authorities about the people who had had a profound positive impact on their personal and academic development. The shortlist for the outstanding lecturer award includes, apart from Dr Bill, five more exceptional professors, representing disciplines such as biology, political science, neuroscience and economics. Other categories of CUSU awards include innovative teaching, inclusiveness and best supervisor.

Martha Krish, CUSU Education Officer, said in her comment on this year’s student awards that, at a university known for employing extremely talented professors, “to be shortlisted in these awards is a brilliant achievement. … These awards are powerful because it is not about metrics of grade-inflation or employability as standards of teaching but about students’ experiences, and about the individuals and practices that have made those experiences so rewarding.”

Stanley Bill was born in Great Britain and raised in Australia. He obtained his BA at the University of Western Australia and his Master’s of European Studies at Jagiellonian University in Poland. He spent several years in Bielsko-Biała, where he taught English as a second language. He defended his PhD thesis – focused on the poetry of Czesław Miłosz – at Northwestern University. His appointment as coordinator of Polish Studies at Cambridge was the result of an international competition.  Stanley Bill works largely on twentieth-century Polish literature and culture, with particular interests in religion, secularization theory, Polish-Ukrainian relations, and postcolonial interpretations of Polish cultural history. This year, Stanley Bill was also promoted by the University to the level of Senior Lecturer.

Dr Bill’s award marks the third time in the past four years that academic staff in the Slavonic Studies Section have been recognised for their teaching by CUSU. Last year, dr Susan Larsen was awarded for innovative teaching and in 2015, dr Rory Finnin, the head of the Section, also won Outstanding Lecturer.