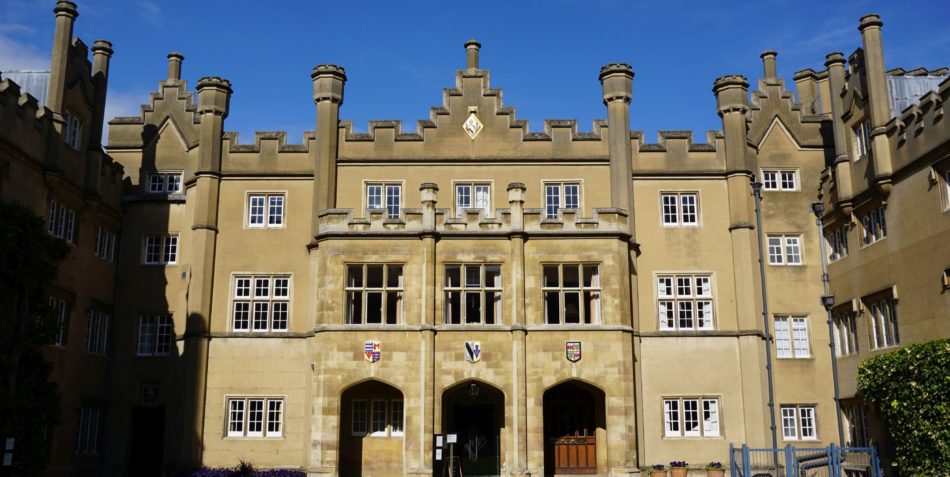 The Polish studies programme at the University of Cambridge, founded thanks to many years of effort by the Foundation for Polish Science, has secured funding for ongoing operations. FNP has led efforts to raise the endowment necessary for development of the programme after 2018.

Cambridge Polish Studies was launched in 2014 thanks to the efforts of four sponsors: the Foundation for Polish Science (FNP), the Grabowski Foundation, the University of Cambridge, and the Zdanowicz Foundation. These institutions contributed GBP 340,000, enabling the centre to function through 2018. To ensure that Polish Studies did not disappear from the courses offered at the University of Cambridge, FNP launched the process of raising an endowment fund for Cambridge Polish Studies, which would finance its continued operations—as only long-term prospects for existence of the programme will ensure a steady influx of new students, doctoral candidates and growing research. Funding from the endowment is based on long-term investment on the capital markets. The income from investments will ensure that Cambridge Polish Studies remains part of the university’s organization and range of programmes, with stable operations independent of external fluctuations.

To promote interest in the project, FNP organized a conference at the Belweder Palace in Warsaw in February 2016 entitled “Polish studies abroad: University of Cambridge,” with participation from Polish businesses and public authorities, including the Ministry of Science and Higher Education, the Ministry of Culture and National Heritage, and the Ministry of Treasury, as well as the Vice-Chancellor of the University of Cambridge, Prof. Sir Leszek Borysiewicz. Other speakers and guests at the conference included Dr Stanley Bill, selected in an international competition to head Cambridge Polish Studies, and staff of the Department of Slavonic Studies which hosts the Polish programme, with Dr. Rory Finnin and Prof. Simon Franklin. During the conference, Dr Jarosław Gowin, Deputy Prime Minister and Minister of Science and Higher Education, declared the ministry’s support for the FNP project and assistance in raising funds for the Cambridge Polish Studies endowment. Conference materials are available here.

Cambridge Polish Studies is FNP’s second initiative involving establishment of Polish studies centres abroad. The first department of this type was founded at Columbia University in New York. As Prof. Włodzimierz Bolecki, vice president of the Foundation for Polish Science, explained: “The goal of the FNP project is that these would be not just about Polish philology, but studies in Polish culture more broadly. Students at Cambridge should also meet experts on Polish affairs working at other British universities. The University of Aberdeen and University College London have already committed to cooperate. Graduates of the Polish Studies programme will know the Polish language but also have extensive knowledge of Polish culture and history, including ancient periods. We now have a shortage of such people.”

After two academic years, the centre at Cambridge can boast of 60 students, and the number of interested persons is steadily growing. It is the most popular course of its type at the world-famous Faculty of Modern and Medieval Languages at Cambridge. Students learn not only the Polish language, but first and foremost the country’s culture, literature and art. Dr Stanley Bill, director of Cambridge Polish Studies, stands behind the success of the programme. This British citizen, raised in Australia, comparative literature expert and specialist in the work of Czesław Miłosz, drew up the programme of studies as well as a plan for various academic and cultural events, including readings by Polish authors, conferences, film showings, and guest lectures, promoting overall knowledge of Poland. Audiences of a hundred people fill the conference room for these events, promoting the centre and building its renown. As Dr Bill says, “Knowledge of Polish culture, language and history enables students to understand Poland’s position in the continent. Graduates of our faculty often find jobs in key positions at government institutions, in diplomacy, public administration, finance and business. This is important for Poland itself and for Polish affairs. It is particularly important that Cambridge Polish Studies contributes to spreading objective knowledge about Poland.”

Thanks to the funds raised by the Foundation for Polish Science, Cambridge Polish Studies can become one of the most important centres in the world for teaching and research promoting knowledge about Poland.