FNP hosts dinner prior to Teaming of Excellence programme conference 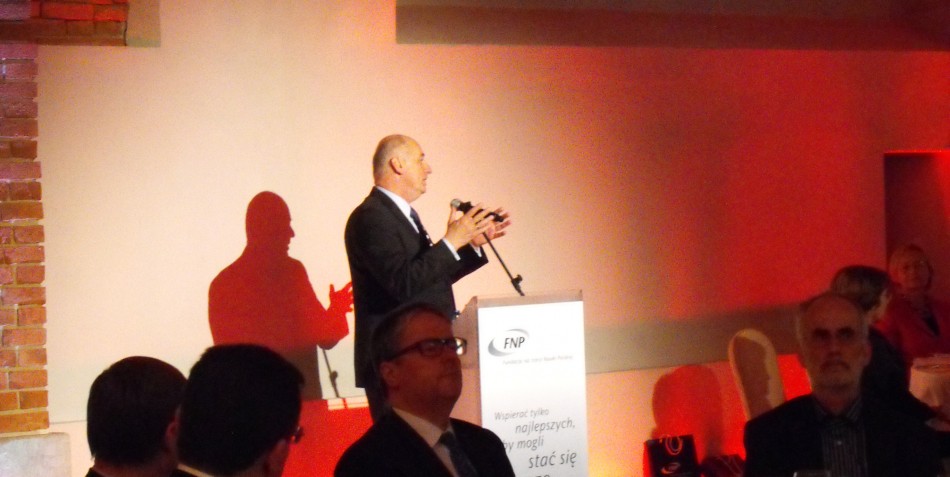 The Foundation for Polish Science had the honour of hosting a gala dinner for participants of the “Teaming as a tool for spreading excellence and widening participation” conference, which took place in Warsaw on 25 March. Representatives of 19 EU member states and the European Commission accepted the invitation of Prof. Lena Kolarska-Bobińska, Minister of Science and Higher Education, to attend the conference.

The conference was devoted to the Teaming of Excellence programme, established within the European Union’s Horizon 2020 framework programme. The programme strives to facilitate the foundation of new research and development centres in the least innovative EU states, in strategic partnership with the leading research institutions from another EU country or associate state. Its aim is to close the gap in the level of scientific development and reduce the differences between the various European countries.

The meeting began with speeches from Minister Prof. Lena Kolarska-Bobińska and Prof. Maciej Żylicz, President of the FNP. Prof. Kolarska-Bobińska underlined the significance of the Teaming of Excellence programme and the chances it provides to many Polish scientific institutions. The dinner gave participants the opportunity for informal discussion and exchange of views on the premises of the programme.