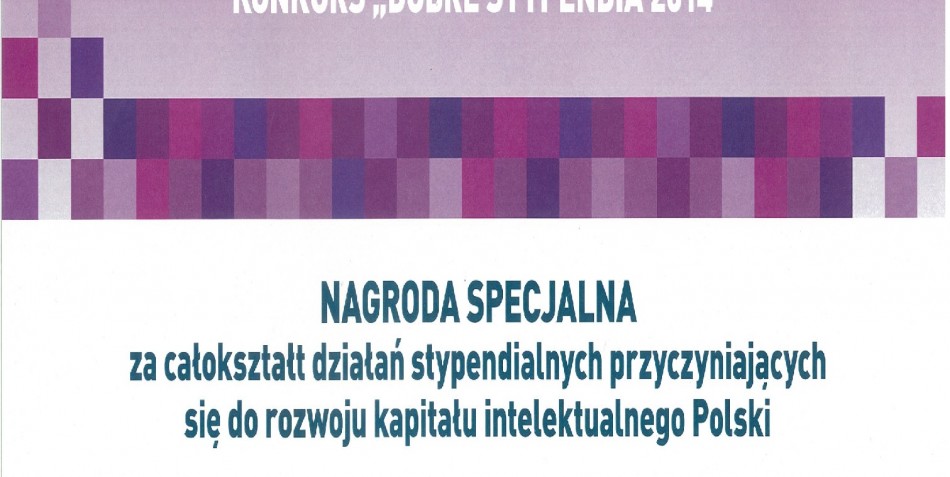 We are pleased to inform you that the Foundation for Polish Science won a special prize in the Dobre Stypendia (Good Scholarships) 2014 competition organized by the Good Network Foundation.

The FNP was recognized for the entirety of its grant-related activities contributing to the development of intellectual capital in Poland. The prize was presented on 25 November during the Scholarships: Market, Career, New Technologies conference held at the headquarters of the Polish-American Freedom Foundation, the competition’s partner.

Congratulations for all beneficiaries!