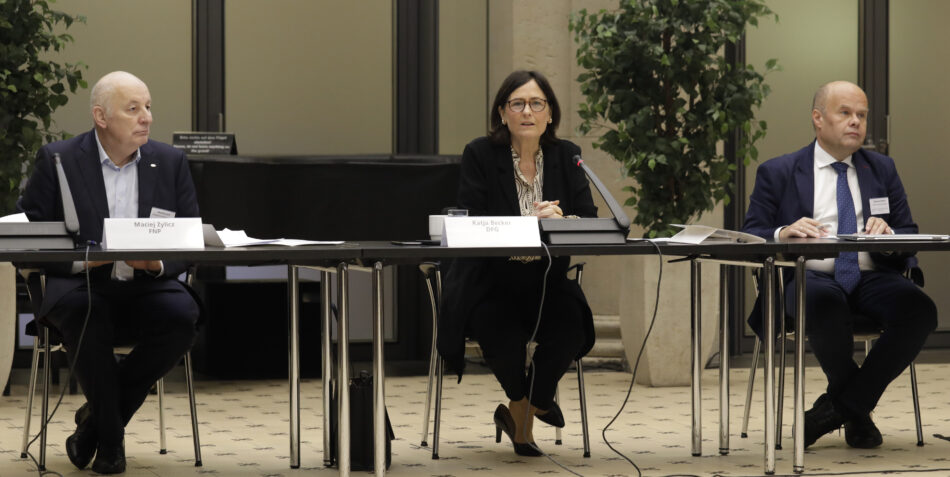 DFG and partner organisations FNP and NCN organise third Polish-German Science Meeting in Berlin on the 27-28 of October.

The current global political crises and their impact on science and research in Germany and Poland, as well as possible coping strategies, were the central topics at the third Polish-German Science Meeting, which brought together 17 research institutions and funding organisations from both countries in Berlin. The two-day meeting was organised by the German Research Foundation (DFG) and its two Polish partner organisations: the Foundation for Polish Science (FNP) and the National Science Centre (NCN). All three institutions emphasised the great importance of bilateral cooperation, especially in the face of the climate crisis, the coronavirus pandemic and the war against Ukraine:

“Our close German-Polish relations are based on shared scientific principles and the conviction that funding science and research is essential for the future and prosperity of our countries. This is another reason why we organize the Polish-German Science Meeting, where we come together as researchers – but also as citizens of united Europe. And that is why we strongly condemn the Russian war of aggression against Ukraine. In consensus with our Polish partner organizations, we will continue to support persecuted Ukrainian and Russian scientists and, in close exchange with each other, we will above all support the reconstruction of the Ukrainian scientific system” – said DFG President Katja Becker.

„German and Polish academics have been forming very strong and fruitful collaborations for the past decades. We believe that equal potential lies in the cooperation of organisations supporting science. Facing the current crises, we need to make all efforts to keep mutual trust high. Our continuous bilateral activities have also a positive impact on the academic environment in neighbouring countries, among which at present Ukraine needs our helping hand” – stated Maciej Żylicz, President of the Foundation for Polish Science.

“No global problem can be solved alone and thus cooperation between researchers and decision-makers from various countries is essential. Cooperation between Polish and German research institutions is also a great chance for Polish science that opens many doors. For me personally, as someone who has worked as a researcher in Germany for some time (including at two Max Planck institutes) and has managed a Polish grant agency, scientific cooperation is also an investment in the future, bringing the two countries closer together. I hope to see such meetings being held in the future” – said Zbigniew Błocki, Director of the National Science Centre. 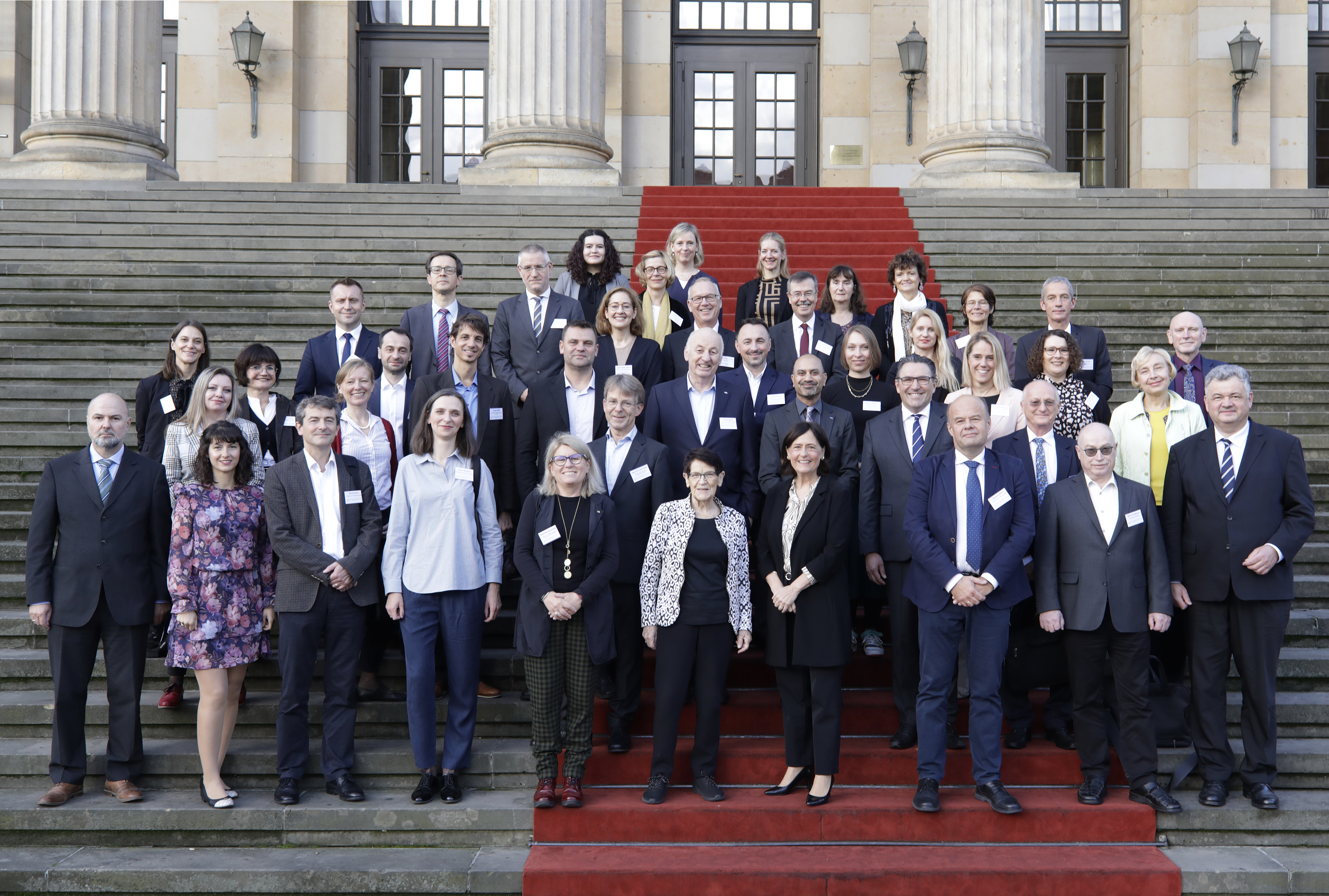 The DFG invited participants to Berlin for this third meeting in the series of Polish-German Science Meetings. Previous meetings took place in Munich in 2017 and in Krakow in 2019. More than 50 representatives from almost all Polish and German science and research organisations as well as from the Embassies of both countries met in the German capital. The meeting began with several scientific lectures and a panel discussion. On the second day, the focus was on the experiences, perspectives and ways of dealing with the current crises of individual institutions and organisations.

A particularly intensive discussion centred on the activities of the Polish and German institutions in support of Ukraine. Here it became even more apparent which special opportunities for coping with crises lie in cross-border cooperation. Due to the growing importance of German-Polish relations, the series of Polish-German Science Meetings is to be continued biannually.