How COVID-19 pandemic is affecting immigrants and ethnic minorities 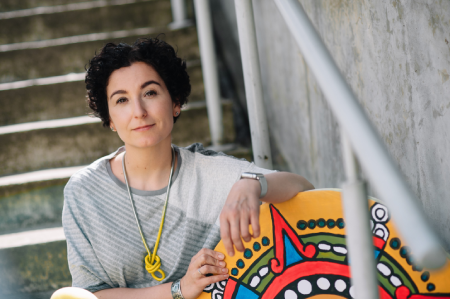 The health and economic crisis associated with the recent COVID-19 pandemic is elevating the levels of stress, anxiety and depression. While nearly everyone is exposed to these negative emotional effects of the pandemic, ethnic minorities and immigrants seem to be the most vulnerable. These groups are being affected disproportionately more severely. In addition, the COVID-19 crisis is aggravating discrimination against minorities, which are now viewed by majority groups as threats to their health and stability. The impact of the current health situation on the functioning of minority groups and their integration into their host societies is being studied by a team led by Dr. hab Justyna Olko from the Faculty of “Artes Liberales”, and Dr. hab Michał Bilewicz from the Faculty of Psychology, University of Warsaw, laureates of the TEAM Programme by the Foundation for Polish Science. The practical outcomes of that study will include recommendations and guidelines for government agendas and local governments and organisations, designed to minimise the negative effects of the pandemic on immigrant and ethnic minority communities, and especially their stigmatisation.

Dr. hab Justyna Olko and Dr. hab Michał Bilewicz are leading Językowe Antidotum (Language as a Cure, LCure), a multidisciplinary scientific project supported from a TEAM grant under EU’s Smart Growth programme. The project is to study how retaining or losing their native tongue can affect immigrant groups and ethnic minorities in terms of their mental wellbeing, health, and social involvement. The study focused on Ukrainians, Vilamovians, Lemkos, and the Kashubians in Poland, and the Nahuas and other native communities in Mexico. So far, the project has clearly shown that the groups whose members rely on their native tongue to communicate are better protected against various downsides of being a minority, including the consequences of historical trauma and discrimination. Unfortunately, the COVID-19 pandemic is causing older generations, which often serve as the primary holders of native language and cultural traditions, to die faster, and this, in turn, contributes to an accelerated disappearance of language and tradition among native communities and ethnic minorities. As a result, the overall wellbeing and health of the members of such communities deteriorate. This is, of course, not the only reason for making such groups worse off during the COVID-19 pandemic. “Reality is extremely complex, and the pandemic has many diverse aspects that are strongly affecting ethnic minorities, migrants and other vulnerable groups. Our new objective as part of LCure is to take a closer look at all such communities to obtain as detailed insights into how the pandemic is affecting these groups as possible,” says Dr. hab Justyna Olko.

The pandemic is bringing out racial and ethnic prejudice, and increasing socioeconomic and health inequalities. Reports published worldwide have shown that COVID-19 mortality is disproportionately higher among ethnic minorities. This is likely to be related to their lifestyle, high density, poverty, and lack of access to quality healthcare and information in their native languages concerning recommendations about how to control the spread of the virus. On the other hand, minorities and migrant groups are being blamed and stigmatised for their alleged role in creating epidemiological risks for majority groups. More widespread ethnic discrimination associated with COVID-19 might have a profound effect on the social integration of minority communities and their labour-market performance, as well as creating many mental health problems, contributing to depression and increasing suicide rates.

In response to growing discrimination, minority groups are employing various defence mechanisms. Scholars believe that one of these is the tendency to hide one’s identity, which leads to the disappearance of the already endangered ethnical languages and cultural heritage. An opposite defence mechanism deployed to protect oneself against discriminatory treatment, marginalisation and ethnic violence is affirming traditionalism, strengthening group identity and fostering separatism. This approach, on the other hand, can lead to growing opposition and dislike from majority groups.

“In the unprecedented situation associated with the COVID-19 pandemic, we are facing an urgent need to develop strategies which will ensure the linguistic and cultural survival of minority groups, while also fostering their positive relations and integration with their host communities, and mitigating the negative effects of the pandemic, including business, economic, social, and health-related,” emphasises Dr. hab Justyna Olko.

The study designed to develop those strategies will be conducted among Russian- and Ukrainian-speaking migrants from Ukraine in Poland, native communities in Mexico, and the Lemkos, the Kashubians, and the Vilamovians in Poland, who have already been participating in the LCure. Moreover, the study will cover Silesians and the Griko people in Calabria, Italy (both these regions have been severely affected by the pandemic), and Polish students participating in the Erasmus programme and migrating on a short-term basis (for comparative purposes). In addition, we have already carried out a survey among a representative group of Poles to comprehensively describe the current situation of minorities and immigrants, including their attitudes towards minority groups.

“We use multidisciplinary research methods as we combine different tools and approaches from fields such as social sociolinguistics, psychology, anthropology, cultural studies, and economics. While implementing this project, we have been able to bring together a large team of experts from various disciplines, and we want to take advantage of this now,” says Olko. The first stage in the study is an online survey for minority communities in Poland, Mexico and Italy, involving previous and new respondents. The research team are reaching out to prospective respondents via Facebook (ads) or their NGO partnerships. Survey results will help enhance our understanding of such phenomena as COVID-19-related stigmatisation, reasons for migration during the pandemic, the impact of the pandemic on using native languages, and the diffusion of disinformation and conspiracy theories about the epidemics. The survey, conducted since June, will be repeated after about 6 months.

Members of local communities in Poland, Mexico, and Italy will be contacted for in-depth interviews to evaluate their subjective losses associated with the pandemic (linguistic, emotional, psychological, and economic). The team will also analyse problems minority groups might be facing with access to healthcare. The interviews will be conducted in the native languages of the respondents, with the assistance of native scholars and colleagues.

Another, equally important, part of the study will be to analyse media coverage of the pandemic, and its impact on ethnic minorities and migrants. “The lack of information in minority languages is also contributing to the greater impact of COVID-19 on these groups. For instance, during early stage of the pandemic, migrants living in Poland were not notified that COVID-19 treatment is free of charge for them,” says Dr. hab J. Olko.

The study will produce a set of easily implementable strategies and solutions for minority groups and migrants, for dealing with the current, and possible future, epidemics. The recommendations will include guidelines for government agencies, educational institutions, local governments, NGOs and private businesses which employ migrants and/or members of ethnic minorities. The guidelines will be available in Polish, English, Ukrainian, Russian, Lemko, Kashubian, Silesian, Spanish, and Nahuati, and will be distributed in printed and electronic forms. An integral part of this guidance will be an open online platform for minorities and stigmatised groups to share their experiences and solutions related to the pandemic. “We are also planning to launch training and workshop programmes for minorities to share these recommendations with them,” says Dr. hab Justyna Olko.

“We strongly believe that the outcomes of our efforts will prove useful not only to immigrants and minority group members, but also to the general public. Helping build better relations with minorities and stigmatised groups, they will contribute to the development of social capital. And they can also prevent the stigmatisation of other groups, and the development of new forms of stigmatisation. We also hope that the outcomes of this study will provide important insights and recommendations to facilitate the development of more effective legal solutions to support minority groups and protection of their native languages in our country. The current National and Ethnic Minority Act of 2005 is outdated and unable to address the challenges faced by both minorities and the general public,” emphasises Dr. hab Olko.

As part of the TEAM programme, the research team has received more than PLN 500,000 for their study. These funds, available under the EU’s Smart Growth programme, were granted by the Foundation for Polish Science in a special call to support new research projects associated with the COVID-19 pandemic. Its total budget was PLN 15 million and helped provide funding for 14 projects.