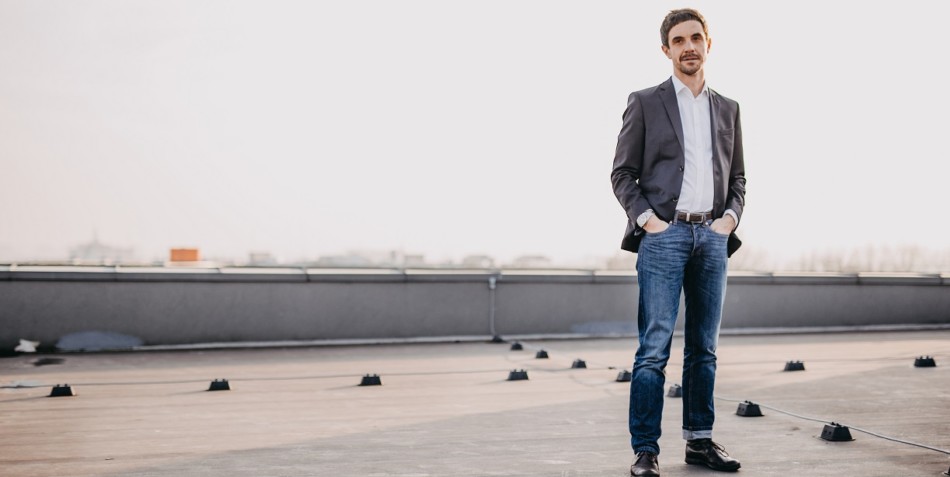 Polish scientists in the NeuroSmog consortium plan to study hundreds of children to determine how smog impacts their developing brains. They have received over PLN 15 million for this research from the Foundation for Polish Science under the TEAM-NET programme.

The work will be conducted by the Institute of Psychology and the Institute of Applied Psychology at Jagiellonian University in Kraków and the Institute of Environmental Protection in Warsaw, where maps of air pollution will be created. The researchers seek to confirm the hypothesis of the negative impact of smog on the developing brain, which so far has been examined only in isolated studies. As explained by the director of the project, Dr Marcin Szwed, a professor from the Institute of Psychology at Jagiellonian University, “We believe that by carrying out this project, we will obtain solid and reliable data on what smog does to children’s brains in the concentrations we encounter every day in Poland. If the effects of smog are truly as ominous as we suspect, we hope that our discoveries will spur the authorities responsible for air quality in Poland and Europe to take action”.

There is no doubt that smog is harmful to health. The World Health Organization warns that air pollution is one of the most serious threats to health and that it affects everyone. Although it was thought until recently that smog mainly damages air pathways, today we know that toxic particles reaching the body from the air can cause infections and damage to nearly all tissues and organs. Recently there has been more and more discussion of the fact that smog reduces fertility: pregnant women breathing contaminated air risk miscarriage and bear children with a lower birth weight who are probably more susceptible to neurodevelopmental disorders such as ADHD.

The scientists from Kraków and Warsaw not only seek to confirm the role of smog in the development of ADHD, but also to understand the mechanisms underlying this phenomenon; in other words, they want to identify the specific nerve pathways or parts of the developing brain that are damaged by air pollution.

“We will conduct a study of 800 children age 10–13”, said Dr Szwed. “These will be children diagnosed with ADHD as well as children without any apparent neuropsychological problems. Apart from imaging of the brain, all participants in the study will undergo special psychological tests to ensure that their psychological assessment is as reliable as possible”.

There will be four research teams operating in the consortium: a team modelling air pollution, a child-psychology team, a neuroimaging team, and an epidemiological team. They will combine research methods from various scientific disciplines: the latest methods for measuring concentrations of pollutants, neuroimaging of the brain using state-of-the-art magnetic resonance, as well as extended psychological diagnostics.

The scientists expect that their results will be particularly powerful, among other reasons because the research will be conducted with concentrations of pollutants many times higher than those studied so far, for example in the Netherlands. In terms of air pollution, Poland is not far behind such smog “superpowers” as China. Of the ten most polluted cities in Europe, three are in Bulgaria and the other seven are in Poland. “That’s why we expect that conducting the research in Poland, in the Małopolska, Świętokrzyskie and Podkarpacie provinces, will generate data of much greater statistical weight than existing studies”, said Dr Szwed. “Our air is not only very polluted, but here the contaminants are potentially more toxic as they are associated with the burning of coal”.

Smog is a mixture of particulate matter suspended in the air and toxic substances, including heavy metals and dioxins, embedded in particles. The size of the particles varies. The largest are about a hundredth as big as a grain of sand and easily penetrate the lungs. The smallest easily enter the bloodstream and, flowing with the blood, reach all the body’s organs, even crossing the blood–brain barrier. Research shows that smog contributes to the occurrence of nearly all civilizational diseases, such as Alzheimer’s, depression, cancer (including lung cancer), thrombosis, sclerosis, hormonal disorders, and obesity. Persons living in polluted urban areas suffer from chronic headache, chronic fatigue, and difficulty concentrating. Smog also reduces fertility, and pregnant women breathing polluted air are exposed to an increased risk of miscarriage and bear children with lower birth weight who are probably more susceptible to neurodevelopmental disorders such as ADHD. Although there is still a lack of definitive evidence, isolated studies have already observed the connection between later disorders and the inhalation of pollutants by pregnant women and by the child itself. This was recently demonstrated by researchers at Erasmus University Medical Center in Rotterdam, who studied a group of 783 children from the “Generation R” study, which covers nearly 10,000 Dutch children (whose development has been observed since before they were born). The results were published in 2018 in Biological Psychiatry. The study showed the impact of air pollutants they encountered in utero on later capacity for self-control and overcoming impulsive behaviours. The scientists noted that negative consequences are triggered even at pollutant levels that were previously considered safe.

The research conducted by the NeuroSmog consortium is financed under the TEAM-NET programme of the Foundation for Polish Science. The aim of the programme is to support interdisciplinary scientific research pursued by a network of cooperating research teams led by outstanding, experienced scientists. The programme enables innovative research in Poland, strengthens cross-regional cooperation between scientific institutions, and encourages more effective employment of available research infrastructure and services. Under the competition guidelines, the budget for each research project submitted for funding may be as high as PLN 3.5 million per team for a period of 36 months. Funding may be awarded for 36 to 48 months.

The Foundation for Polish Science solicited applications for the TEAM-NET programme in October 2018 and announced the results in March 2019. There were 39 projects submitted in the competition; following evaluation of their merits, 11 of them received funding in a combined amount exceeding PLN 201 million.

The TEAM-NET competition is carried out by the Foundation using EU funds from the European Regional Development Fund as part of the Smart Growth Operational Programme.