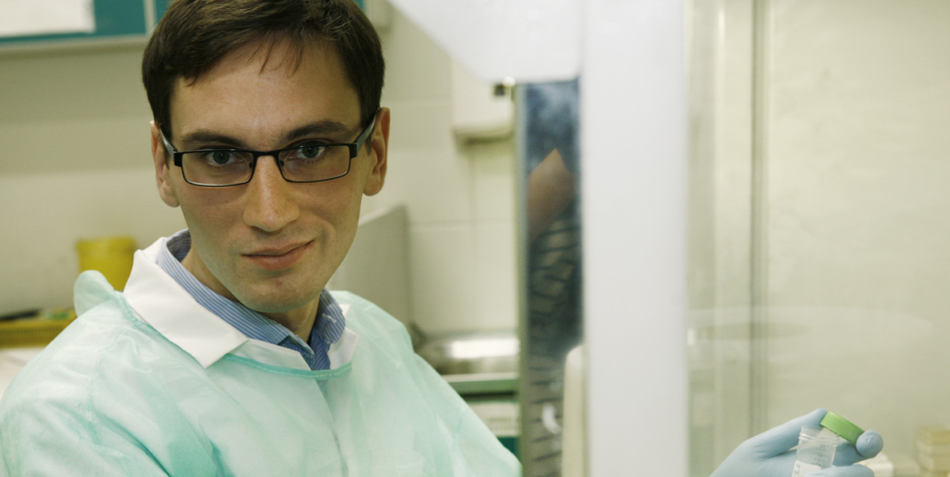 Polish researchers—including Dr Maciej Cieśla, two-time awardee of an FNP VENTURES grant—have described a mechanisms leading to development of the most common soft tissue malignancy in children—rhabdomyosarcoma. Findings of their study just published in the Cancer Research suggest that it may be possible to slow down the tumour progression by inhibiting antioxidative protein, heme oxygenase-1.

In August, a team from the Department of Medical Biotechnology in the Faculty of Biochemistry, Biophysics and Biotechnology at Jagiellonian University in Kraków published a paper in Cancer Research, one of the most renowned journals in the field of oncology. They describe new mechanisms leading to the development of rhabdomyosarcoma (RMS), the most common soft-tissue sarcoma in children. It is thought that the RMS is caused by an aberrant  differentiation of muscle stem cells. The article authored by Dr Maciej Cieśla and his colleagues entitled “Heme oxygenase-1 controls an HDAC4-miR-206 pathway of oxidative stress in rhabdomyosarcoma,” describes the important role of heme oxygenase-1 (HO-1) in the cells of this malignancy.

The research by the team of Prof. Alicja Józkowicz and Prof. Józef Dulak implicates that HO-1 may play a particular role in rhabdomyosarcoma. Apart from its activity described previously in other tumours, e. g. cytoprotection or blood vessels formation, HO-1 promotes the proliferation of RMS cells whilst concomitantly impairing their differentiation, promoting in this way faster tumour progression. The interaction between HO-1 and microRNAs —short RNA molecules playing an important role in regulation of gene expression—proves to be essential for RMS differentiation. More aggressive sarcomas are characterized by higher levels of HO-1, and the mutations characteristic for the most malignant types also increase its level. The research described in the article proposes that blocking HO-1 in this type of tumour could be beneficial for patients.

The principal author of the study, Dr Maciej Cieśla, was awarded twice with grants from the VENTURES programme of the Foundation for Polish Science which supported research presented in the article. 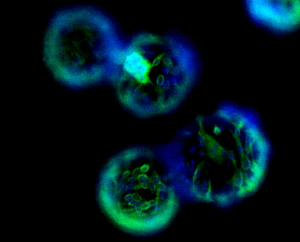 In the illustration, rhabdomyosarcoma cells growing in a fibrin matrix in the presence of stromal cells.