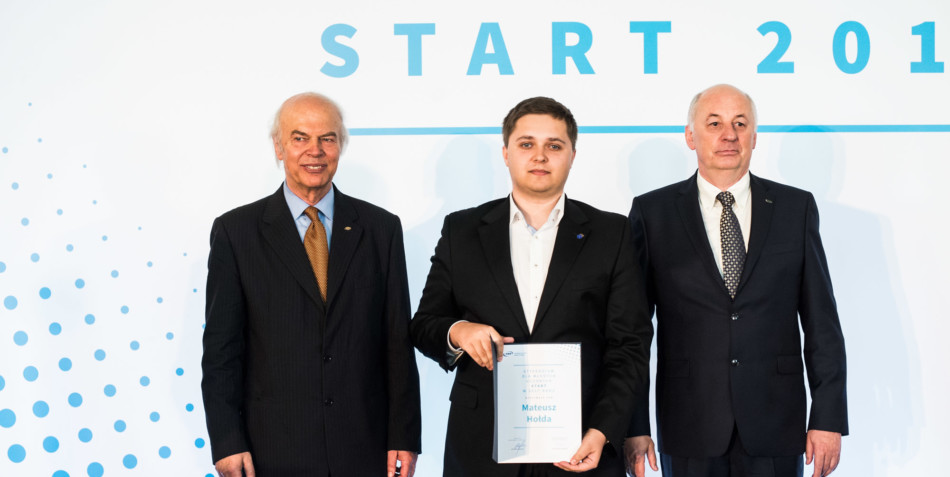 Half of us have a secret pouch in their heart that may lead to strokes. How and why does this pouch develop? How can it be detected? This was described by Dr Mateusz Hołda and his team, called “HEART,” one of the top three teams in the world comprehensively studying cardiac anatomy.

In 2017, Mateusz Hołda, MD, was named a winner of the START programme of the Foundation for Polish Science. This year he was included in the Forbes magazine list of 30 young Europeans who are leaders of their fields.

In our interview, the physician and researcher at the Jagiellonian University Medical College discusses the new possibilities for treating patients offered by 3D models of the heart, and how Kraków has the world’s largest collection of hearts for research, given to the Anatomy Department there by generous organ donors. Hołda explains that the construction of the heart continues to present researchers with many unknowns. The Polish team has already solved one of the equations. Now it is creating a “heart map” and seeks to find a way of imaging an invisible but incredibly important structure constituting the “nervous system” of the heart muscle.

Did the START programme help you join the global scientific circuit?

Apart from the financial dimension, which is very important for a young researcher, a START stipend also serves as a great vote of confidence in the quality of the winners’ research. It is one of the most prestigious programmes in Poland and truly opens doors and helps win grants, and the impact can be felt throughout the winners’ scientific careers. It’s confirmation that a young scientist can conduct research, and that the topic he or she is pursuing is important.

The structure of the cardiovascular system is described in all the textbooks. What is there left to discover after centuries of research by thousands of scientists all over the world?

It might seem that anatomy and morphology are old hat and should be relegated to the back shelves of our universities, as everything was already discovered through centuries of development of morphological studies. But my team disputes that. For example, we have identified the role of a newly discovered structure, first described by a team in California in 2009. In the wall of the heart dividing the left and right atria, a recess may occur known as a “septal pouch.” It was previously unknown how it arises, what it purpose it might serve, or whether it should be regarded as a pathological structure. We decided to answer these questions. It turned out that a pouch on the right side of the septum occurs in only 10% of cases, but it occurs very often on the left side, among 50% of people. Further research showed that the blood gathering in the pouch can clot, and when the clot is released from the pouch it can cause a stroke.

Should we be worried about this pouch in our hearts?

Yes and no. On one hand, a pouch on the left side is one of many risk factors for stroke. On the other, it is a naturally occurring structure present in half of the people in the world, and not everyone who has it suffers a stroke. The pouch appears because when a child is in its mother’s womb, the blood flows freely between the atria through a passage called the foramen ovale. In foetal life, the child does not breathe and the blood bypasses pulmonary circulation. After birth, this natural passage closes. But incomplete closure of the channel of the foramen ovale creates this pouch. It is something of a problem, because it is full of blood that has limited mobility and thus can clot. Then, under unfavourable conditions, the clot may break loose and block an artery. Thus we developed an imaging method. We determined when it is most visible and how the measurements should be made. The existence of this pouch can be observed in a CT scan or echocardiogram.

Does the discovery of such secrets help save the lives of patients—young and younger ones, with tiny hearts, even in very complicated cases?

Yes, because medicine is reaching higher and higher levels, and more and more complicated surgery is being performed, less and less invasively. Knowledge of anatomy is a critical condition for the success of these procedures. Any variation in the construction of the organ can cause disruption, and either help or hinder clinicians manoeuvring within the heart. Even the tiniest bit of information can be worth a life in this situation.

I head the eight-member HEART team (Heart Embryology and Anatomy Research Team), cooperating with dozens of other researchers around the world. It is one of the top three teams in the world comprehensively involved in cardiac anatomy. We elaborate the architecture of the heart muscle. We discover different variations in its construction. We use not only anatomical specimens, but also clinical imaging studies such as computer tomography, magnetic resonance, and echocardiography. We reconstruct data so we can visualize it and even print it in three dimensions. We can create an extremely precise model of a specific patient’s heart. For several months, printed hearts have been helping paediatric cardiologists understand individual heart defects very exactly and select the right treatment.

What possibilities do 3D models of the heart provide?

In the 3D visualization and printing lab at Jagiellonian University, we can create a 3D model from tests such as CT scans. This is nothing but a scan of the body, layer by layer. It generates a two-dimensional image that can be examined by layers. We understand perfectly the anatomy of the normal heart, but it is not easy to evaluate a heart that has congenital defects. The heart is a very complicated organ. In the case of congenital defects in children, the connections between the specific chambers of the heart and its vessels are not obvious and it is very hard for us to trace their course. Heart models can make a big difference. They allow us to see the anomaly we are facing and propose a correction for the defect. But they are also a powerful research tool. We can precisely measure the volume of the chambers of the heart, which could not be achieved in the case of ordinary 2D scans. This is also important from a medical point of view.

So we cooperate with specialists from many fields: medical physicists, computer scientists, programmers, biologists, and also physicians, including cardiologists, surgeons and radiologists. The best of our work borders on both basic research and clinical research.

Are you already on the trail of more mysteries of the human heart?

I am studying the electrical conduction system of the heart, which constitutes the heart’s nervous system. It stimulates the heart’s contractions and regulates it, so the heart contracts synchronously. The problem is that we don’t see it, and even though it is so vital, it cannot be dissected free from muscle tissue. The science that studies this system is electrophysiology. The guru of this field is Dr Halina Dobrzynski from Manchester. Together we are attempting to develop methods through which we can observe this system in three dimensions. It would be a breakthrough if we succeeded in imaging it.

This research would not be possible if people didn’t donate their bodies to science.

No, because our everyday work is analyzing the anatomical variation in the heart based on autopsy specimens. We study hearts from deceased donors. We have the world’s largest collection of 400 such specimens. This allows us to study nearly all variations in the construction of the heart and describe all of its structures using the same research material. Here we are creating a map of the entire heart muscle, unique in the world. We stand out for this from other countries.

We’re talking just after Valentine’s Day, so don’t take this the wrong way, but if I wanted to give you my heart, what should I do?

There are well-functioning donation programmes in place at Polish anatomy departments. The best way would be to consult the website of the medical university which you would like to donate your body to after death. The staff at the anatomy department secretariat will explain the procedure. It’s not a complicated process, and many thoughtful people decide to take this step.

What is the importance of your presence on the Forbes “30 under 30” list? Might this distinction tempt you to leave Poland?

This is a list of outstanding young Europeans who have already achieved something in their field. I was included in the category of “Science & Healthcare.” Forbes magazine evaluates candidates’ accomplishments and their real impact. After the list was announced I received numerous offers of cooperation and even offers to move to foreign research centres. But I don’t plan to emigrate. I work well in Poland. For me science is a passion and a pleasure, and I don’t treat it like work. I’m a physician and divide my time between working in the hospital, sleeping, and the university. I have my own team here and I’m responsible for its operations, so I don’t even consider leaving for anything longer than brief fellowships. I have experience working abroad, cooperating every day with universities in Manchester and Minneapolis. Our cooperation produces joint research projects and publications in the best cardiology journals.

Thanks to the Diamond Grant programme, Mateusz K. Hołda was the first student in Poland to earn a doctorate before completing his master’s degree. He has won several grants from the National Science Centre and the Ministry of Science and Higher Education. He has won dozens of scientific awards, including the “Student Nobel” from the Independent Students’ Union, and awards from the Prime Minister of Poland and the Polish Academy of Sciences. He works as a cardiology resident at the Rapid Diagnostics Ward at the John Paul II Specialist Hospital in Kraków. He is a member of the Council of Young Scientists at the Ministry of Science and Higher Education. In 2019 he was named to the list of “30 under 30 in Europe” by Forbes magazine. He received a START stipend from the Foundation for Polish Science in 2017 in the field of preclinical medicine, and as part of the START programme he attended the 68th Lindau Nobel Laureate Meeting in Germany in 2018, with 39 Nobel laureates and 600 young scientists from 84 countries.