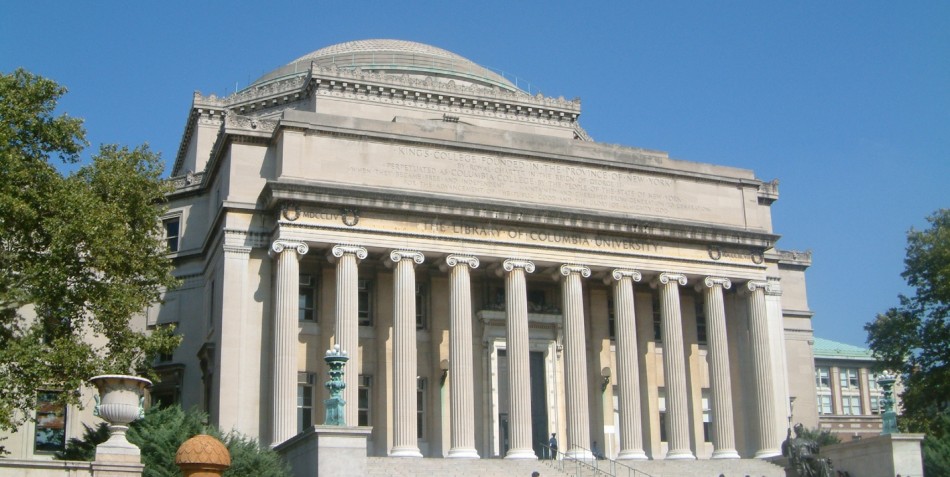 Małgorzata Mazurek, PhD, has been appointed to the position of Professor of Polish Studies at Columbia University in the City of New York. The Polish researcher will take charge of the chair from 1 July, and in September the first students will begin classes in the new subject. The chair has been established thanks to an endowment fund amounting to 3 million USD. The raising of the necessary funds was completed in 2009 as a result of efforts led by the Foundation for Polish Science and the Consulate General of the Republic of Poland in New York. The current value of the Polish Studies chair endowment fund is 4.5 million USD.

The Polish Studies chair at Columbia University in the City of New York was established thanks to the donations of Polish and Polish diaspora companies, institutions and organisations, as well as the generosity of anonymous and individual donors. The chair will conduct research and offer classes in Polish history as well as social and political sciences and the humanities from the point of view of Poland and Central and Eastern Europe, and will award master’s and doctoral degrees. The programme is aimed at students from around the world.

Małgorzata Mazurek, PhD was offered the post of Professor of Polish Studies after a selection procedure advertised internationally by Columbia University. This latest stage in the formation of the chair was made possible by the collection of the minimum required amount of endowment capital (3 million USD).

DONORS TO THE POLISH STUDIES CHAIR AT CU

as well as anonymous and individual donors.

1995 – First discussions held between the Kościuszko Foundation and the Foundation for Polish Science (FNP) on the need for support for Polish Studies departments as a result of the worsening financial situation at American universities.

2003 – The Kościuszko Foundation suggested that the Foundation for Polish Science offer financial support for establishment of the Polish Studies chair at the School of International and Public Affairs at Columbia University.

2005 – The FNP signed an agreement with CU and began the construction of the endowment fund with a payment of 250,000 USD. The project originally anticipated that the major part of the subsidies would be acquired from the Polish diaspora and Polish-American business. However, this method soon proved insufficient (by November 2007 only a little over 700,000 USD had been raised).

Spring 2007 – The FNP launched a media campaign to promote the idea of “Polish studies abroad”, and in October 2007 held a conference on this subject featuring Polish government representatives and the media (the conference took place at Belweder Palace in Warsaw, with the Marshal of the Sejm as patron). Thanks to media interest and the inclusion of the Polish Consulate General in New York in the project from November 2007, an intensive campaign to raise money for the endowment funds began in Poland. From then on, the project was run jointly by the FNP, the Consulate General in New York and Columbia University (represented by Prof. John Micgiel).

December 2007 – May 2008 – the Consulate coordinated a media campaign in Poland, working with the FNP and Ministry for Foreign Affairs, resulting in 103 meetings with potential donors and 35 media reports. Declarations were obtained from many national companies regarding donations to be designated for establishment of the minimum endowment capital required to open the chair (3 million USD).

June 2008 – February 2009 – Work on technical and legal aspects of the project (drawing up contracts, preparation of transfers of funds).

January 2009 – The FNP held a press conference to mark the raising of funds for establishment of endowment capital, featuring the Minister of Foreign Affairs, Ministry of Treasury, representatives of the US embassy, academic community and the media.

March 2009 – Columbia University was presented with the accumulated funds through the Capital Market Foundation (FERK) at the Warsaw Stock Market.

Autumn 2009 – Formal establishment at Columbia University of the endowment capital for the Polish Studies chair.

December 2009 – Columbia University invited applications for the position of Professor of Polish Studies, in the field of social sciences.

Spring 2011 – With no appointment made from the first round of applications, Columbia announced a second round, this time in the field of history.

2011/2012 – The position was offered to Dr Natalia Nowakowska, a British academic of Polish origin from the University of Oxford. Following negotiations with CU and for family reasons she declined the post.

July 2013 – Further advertisement and acceptance of applications from new candidates for the position of Professor of Polish Studies.

April 2014 – Małgorzata Mazurek, PhD, University of Warsaw graduate and recipient of FNP scholarships, appointed to the position of Professor of Polish Studies following an international call for applications.