Winners of the INTER 2014 Popularisation Competition 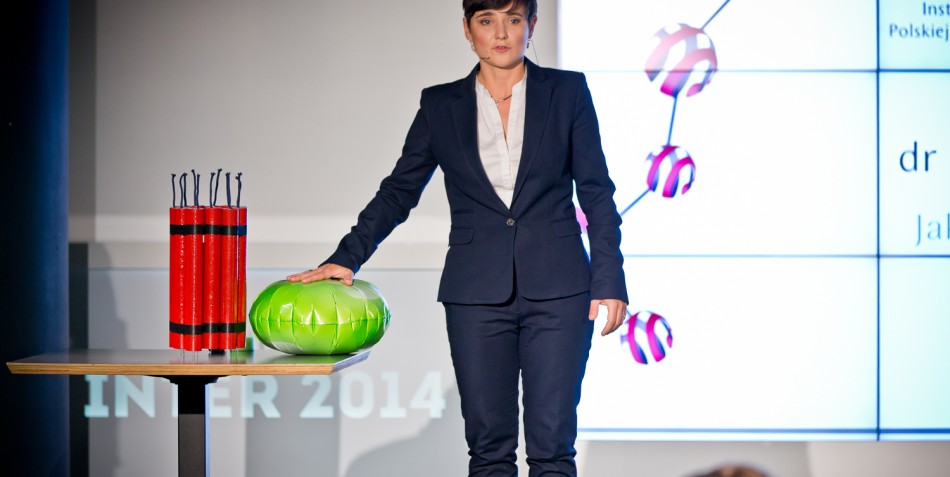 The finals of the third INTER popularisation competition organized by the Foundation for Polish Science as part of its SKILLS project* were held on 22 November 2014 at the Jabłkowski Brothers Department Store building in Warsaw. The 19 finalists had five minutes each to present their interdisciplinary research projects. The presentations were evaluated by the competition committee: Prof. Maciej Żylicz, FNP president, who acted as the committee’s chairman, Ilona Iłowiecka-Tańska, PhD, Halina Waś, PhD (a prize-winner of the INTER 2013 competition), and journalists Dorota Romanowska, Krzysztof Michalski and Edwin Bendyk.

The finalists could win one of the following prizes: 120,000 zlotys – 1st prize,100,000 zlotys – 2nd prize, and 80,000 zlotys – 3rd prize (of the prize money, 80% is a grant to carry out the presented research project while 20% is a personal stipend for the recipient). The competition committee could decide to award a given prize to more than one person.

On the picture: Magdalena Kulma, PhD, winner of the competition.

* The SKILLS project is co-financed with European Union funding from the European Social Fund.