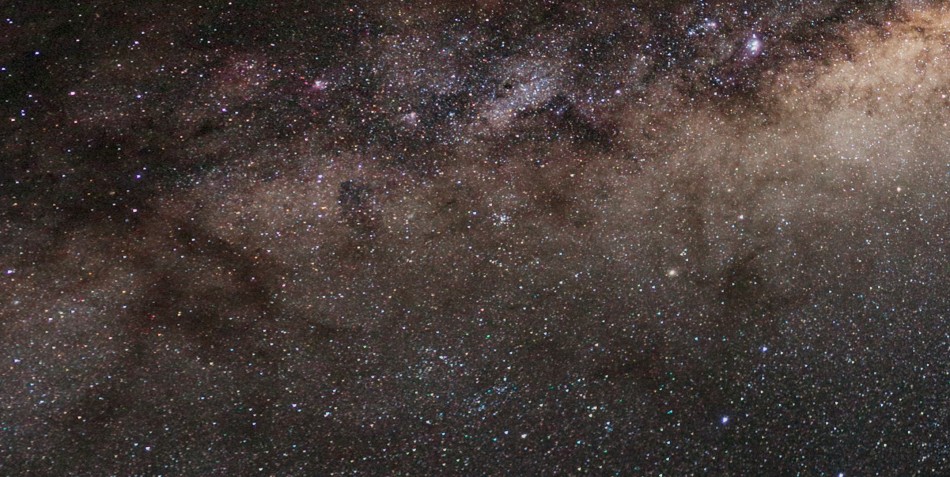 An international team of scientists, whose core includes astronomers from a large-scale sky observation project called OGLE (Optical Gravitational Lensing Experiment) that is being carried out at the University of Warsaw Astronomical Observatory under the supervision of Prof. Andrzej Udalski PhD hab., has announced in the prestigious American scientific weekly Science that it has discovered a unique extrasolar planetary system. The authors of this discovery include many beneficiaries of the Foundation for Polish Science’s programmes.

The newly discovered planetary system – OGLE-2013-BLG-0341LB – comprises a small planet, its mass just double the mass of Earth, orbiting one of the stars of a binary system at a distance comparable to the Earth-Sun distance. The other star of the system is only 15 times farther away, or about three Sun-Jupiter distances in the Solar System. Though the planet itself and its home star are so similar to the Earth-Sun configuration, this is not yet the “second Earth” that astronomers have been seeking. The stars of the newly discovered binary system are much lighter than the Sun – just 10-15% of the Sun’s mass – so they emit noticeably less energy. That’s why the temperature on the planet never exceeds -200°C and the planet orbits its star far beyond the “habitable zone”. Observers on the planet’s surface would see two very red faces of their suns and cast two shadows at the peak of day. Nights would usually be much shorter than days because most often at least one of the stars would be above the horizon. The planet’s main sun would shine a few hundred times less strongly than our Sun shines on Earth. In that sky, the brightness of the binary system’s other star would be comparable to the brightness of our full moon and would shift its position in the sky relative to the main sun with a period of about 2.5 years. The OGLE-2013-BLG-0341L system is about 3,500 light years away from Earth.

The discovery of the OGLE-2013-BLG-0341LB extrasolar planetary system proves that low-mass terrestrial planets can exist even far away from their home suns – at distances similar to the Earth-Sun distance, despite the presence of a second star nearby. Therefore, this is an empirical test for the theory of how planets emerge in binary star systems.

Planets in binary star systems are a very important problem in contemporary research on extrasolar planetary systems. Star pairs are very common in the Galaxy – more than half the stars exist in binary systems, and some even in multiple systems. Astronomers have therefore wondered for a long time if planets could form and survive in such systems – and particularly in tight binary systems in which the stars move within a small distance of each other and could have a significant gravitational effect on the protoplanetary disc or already formed planetary system, disturbing or destroying it.

The OGLE-2013-BLG-0341LB planetary system was detected with the help of the gravitational microlensing method that the OGLE team helped develop and has been using successfully for many years.

“Observations of the newly discovered OGLE-2013-BLG-0341LB planetary system also include effects of the presence of the planet and both stars in the system that are visible to the eye and raise no doubts”, says Prof. Andrzej Udalski, head of the OGLE team, a beneficiary of the MISTRZ/MASTER and SUBIN programmes and recipient of the FNP Prize. “This makes it a very reliable discovery, while the gravitational microlensing method used for detection is becoming a new method for seeking planets in binary systems”, he adds.