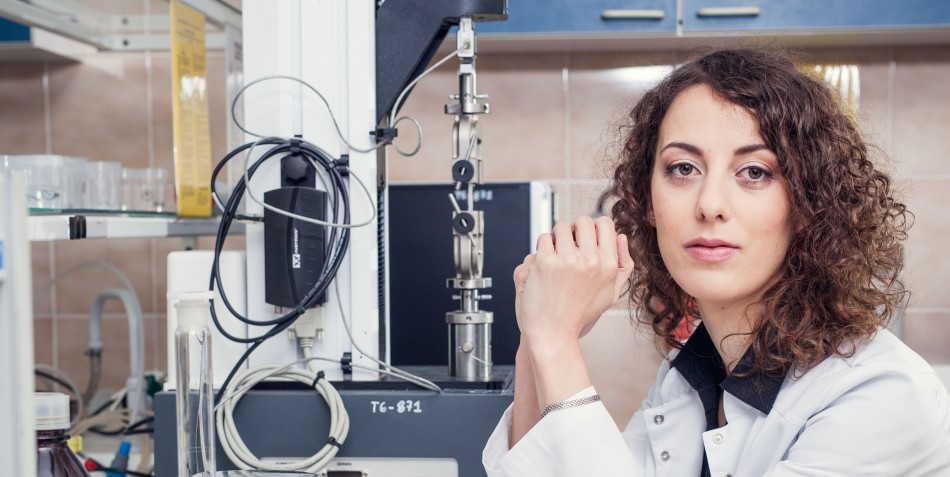 The grand finale of the first Polish edition of the prestigious competition Innovators Under 35,*organized by the MIT Technology Review—the oldest tech magazine in the world, published by the prominent Massachusetts Institute of Technology—was held on 23 June 2015 during the Bitspiration Festival. The ten winners of the competition for the most talented young Polish innovators included two recipients from Foundation for Polish Science programs: Dr Katarzyna Nawrotek from the Faculty of Process and Environmental Engineering at the Łódź University of Technology (a winner in the Mentoring program and the INTER competition) and Michał Mikulski from the Faculty of Automatic Control, Electronics and Computer Science at the Silesian University of Technology (a recipient in the VENTURES program).

Katarzyna Nawrotek was recognized for her work on creation of personalized, biocompatible implants that can regenerate and reconnect damaged nerves, while Michał Mikulski was honoured for creating a robot that performs rehabilitation therapy for muscular injuries and atrophy (more at EGZOTech). He was also named Poland’s Social Innovator of the Year for 2015.

The other winners of Innovators Under 35 Poland and their projects:

More information about the winners of Innovators Under 35 Poland and their projects is available at the competition website, along with a short broadcast from the gala finals.

The Innovators Under 35 competition has been organized by the MIT Technology Review since 1999, with the aim of identifying a group of initiators of social change. The nominees are young entrepreneurs, researchers and visionaries below age 35 who create projects in fields such as education, medicine and biotechnology.

For the past 5 years the MIT Technology Review has also sought out the most talented innovators in other parts of the world, including Europe. Previous European editions were held in France, Germany, Italy and Spain, selecting over a hundred brilliant new technology leaders. This year they were joined by 10 winners from Poland and 10 from Belgium. The previous winners include such figures as Konstantin Novoselov (winner of the Nobel Prize in Physics), Max Levchin (developer of PayPal), David Karp (founder of Tumblr), Sergey Brin (cofounder of Google) and Linus Torvalds (developer of Linux).

The winners of this year’s Innovators Under 35 competition from all six of the European editions (Belgium, France, Germany, Italy, Poland and Spain) will meet at the end of the year for a European summit, including a two-day conference focussed on experiences in innovation and entrepreneurship. The young innovators will share idea and discuss the challenges facing Europe today.

*The Foundation for Polish Science was one of the partners of the Innovators Under 35 Poland competition.