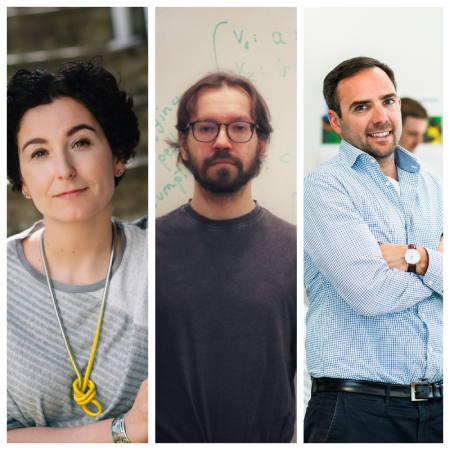 Three Polish scientists are among the winners of the prestigious Consolidator grant, announced today by the European Research Council (ERC). International experts who reviewed the 2020 competition applications recognised projects submitted by Justyna Olko, PhD Hab. from the “Artes Liberales” Faculty of the University of Warsaw, Sebastian Glatt, Dsc., from the Jagiellonian University’s Małopolska Centre of Biotechnology and Piotr Faliszewski, Dsc. Hab. Eng., from the AGH University of Science and Technology in Kraków. All the winners are laureates of FNP programmes.

Consolidator Grants are awarded to experienced scientists (7 to 12 years after earning a doctoral degree) boasting outstanding scientific achievements. More than 2,500 applications were submitted for the 2020 edition. A total of EUR 655 million in funding was awarded to 327 scientists from 23 European countries. Six scholars, of which five are FNP programme laureates, are already Consolidator grant holders.

Dr. Justyna Olko received almost EUR 2 million in funding for a five-year project which aims to explain and provide a better understanding of the underlying mechanisms and causes of the emergence, continuity, reduction and loss of local multilingualism. The project will explore multilingual communities from Central and Eastern Europe, Mesoamerica, Southern Africa and the Vanuatu Archipelago on the Pacific. It is expected to identify the configurations of factors which drove the evolution of the linguistic and cultural diversity in these communities. More broadly, the project will provide completely new data and tools to promote more effective educational and language-related policies, allowing greater protection for diversity in today’s globalising world.

Dr. Justyna Olko is the first Polish scholar and the first representative of the humanities and social sciences to have received an ERC grant twice. In 2012 she won the ERC Starting Grant for a project aimed at exploring the mechanisms of cultural transmission between Europe and America from the 16th century to modern times. Dr. Olko is a historian, sociolinguist and ethnologist. She specialises in the cultural and linguistic history of Mesoamerica, issues around language minorities and endangered languages from historical and contemporary perspectives. She is the laureate of the Folcus and TEAM programmes of the Foundation for Polish Science.

Dr. Sebastian Glatt received a grant for his research in the field of molecular biology and biochemistry. This is the first grant related to life sciences in Poland. Dr. Glatt’s research will aim to expand the recently emerged concept of “specialised ribosomes” by adding unique RNA modifications. The expected results will be highly significant for the diagnosis and treatment of rare neurodegenerative and neural development disorders. The project has been awarded almost EUR 2 million in funding to be spent over a period of five years.

Dr. Sebastian Glatt is the leader of the Max Planck Institute’s research group set up at the Jagiellonian University’s Małopolska Centre of Biotechnology (MCB) in Kraków and Deputy Research Director at the MCB. His research interests focus on complex molecular mechanisms which activate the expression of certain groups of genes to allow cells to reproduce, adapt to changing environmental conditions and continue specialising. He is the laureate of the FIRST TEAM* and TEAM-TECH Core Facility* programmes of the Foundation for Polish Science. The ERC grant will help to develop Dr. Glatt’s research as part of these programmes.

Dr.  Piotr Faliszewski from the Faculty of Computer Science, Electronics and Telecommunications at the AGH University of Science and Technology will be working on the computational social choice theory. The project’s results will be applied in many areas of everyday life associated with making choices – whether in small local communities, businesses or even sports. Dr. Faliszewski is planning to develop algorithms to help use the decision-making principles in practice. His project received EUR 1.4 million to be spent over a period of five years.

Piotr Faliszewski is a computer scientist. He is the laureate of the POWROTY/HOMING programmes of the Foundation for Polish Science. For more than 15 years his research focus has been on electoral systems, initially as part of his doctoral programme at the University of Rochester, and later, for more than ten years now, at the Department of Computer Science (the Faculty of Computer Science, Electronics and Telecommunications) of the AGH University of Science and Technology.

In the picture (on the left): Justyna Olko, PhD Hab., photo by the University of Warsaw, Piotr Faliszewski, Dsc. Hab. Eng.,  photo from the archives of the AGH University of Science and Technology, Sebastian Glatt, photo by OneHD, FNP’s archive.