First Generation of Stars in the Center of the Milky Way 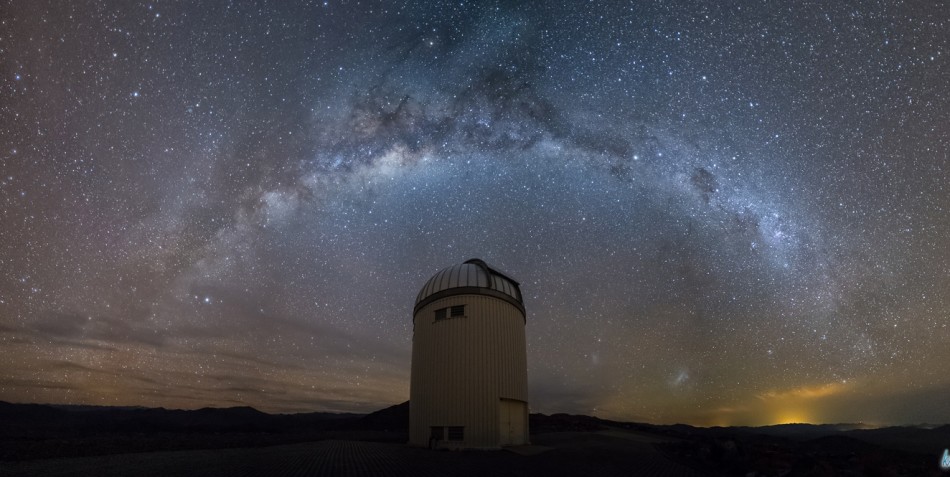 An international group of researchers with major involvement of FNP’s beneficiaries – astronomers from the Warsaw University Astronomical Observatory based large-scale sky survey OGLE (Optical Gravitational Lensing Experiment) led by Prof. Andrzej Udalski – announced a discovery in the center of the Milky Way the oldest stars formed shortly after the Big Bang. The paper describing the discovery has been published in the prestigious science journal Nature.

The first stars in the Universe were formed about 200-300 million years after the Big Bang. Their chemical composition should be very homogenous – consisting of hydrogen and helium with only tiny amounts of heavier elements that are produced during the further evolution of the Universe. The first stars and their immediate successors should preferentially be found today in the central regions of galaxies. After the Big Bang they formed first in the largest over-densities that grew gravitationally with time forming today’s central parts of galaxies. However, none such very old stars have been found so far in the center of the Milky Way.

The old stars can be distinguished from millions of younger stars due to specific energy distribution. Observations carried out with a specific set of optical filters conducted by the Australian telescope SkyMapper revealed several thousand candidates for old stars which were then verified spectroscopically with the Australian AAT telescope at the Siding Springs Observatory.

About 500 stars with low content of elements heavier than helium were selected. 23 with the lowest content were then observed and analyzed with precise spectrograph on the 6.5-m Magellan Telescope at Las Campanas Observatory, Chile. It turned out that these stars contain less than one thousandth of elements heavier than helium than are present in the Sun. The record holder object contains even one ten thousandth. Discovered stars are, thus, very homogeneous chemically (pure hydrogen and helium) and belong to the oldest stars in the Universe. The trace of heavier elements may indicate that these elements could have formed in even older star which ended its life through a gigantic explosion called hipernova.

To confirm the discovered objects have been permanently bound to the Galactic center and are not just accidental Galactic halo stars passing through the center of the Milky Way it was necessary to determine their galactic orbits. This was possible thanks to very precise images of the central parts of the Milky Way collected by the OGLE survey during the past 15 years. Astrometric measurements carried out by dr Radosław Poleski, currently a post-doc at the Ohio State University (USA) allowed the determination of orbits of ten stars from the sample. Seven of them certainly lie in the center of the Milky Way and these are the oldest stars formed in the Galaxy – just a few hundred million years after the Big Bang.

The paper that describes the results has been published in Nature: