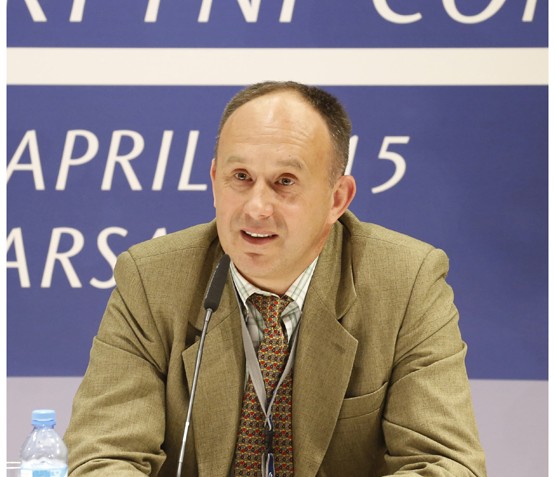 Prof. Grzegorz Pietrzyński has received an ERC Advanced Grant worth nearly EUR 2.4 million for implementation of the project “A sub-percent distance scale from binaries and Cepheids.” This is the next stage of research seeking to determine the famous Hubble Constant, which defines the rate of expansion of the universe. Although Prof. Pietrzyński is affiliated with the Astronomical Observatory of the University of Warsaw, the project funded by the European Research Council will be realized at the Polish Academy of Sciences, where he begins work from April. The ERC grant recipient is also a winner of the Foundation for Polish Science (FNP) programmes TEAM POIG, FOCUS and MENTORING.

The discovery of the accelerating expansion of the universe (recognized in 2011 by the Nobel Prize in Physics) has drawn the attention of researchers to “dark energy,” which constitutes about 75% of the total energy/mass of the universe. This is a new type of matter, previously unknown to science, but now one of the most important challenges facing cosmology and physics. In order to study the nature of dark matter and understand the evolution of our universe, it is necessary to determine the precise value of the Hubble Constant.

To determine the Hubble Constant, it is necessary to measure the distances to very faraway objects. Astronomers apply various methods to this end. The most precise of them allow us to measure the distance to the closest objects, so that these measurements can then be used to calibrate secondary indicators of distance, and then calibrate long-range methods for measuring distances to the most far-flung corners of the universe. This leads to creation of a “cosmic distance ladder.” It turns out that the hardest step in this painstaking and difficult research is the precise calibration of the first step on the ladder—the distance to nearby galaxies.

Prof. Pietrzyński’s earlier research enabled a determination of the distance to one of the objects closest to us – the Large Magellanic Cloud – to a precision of 2.2%, which now provides the most solid foundations for determining the Hubble Constant to an accuracy of about 3%.

During implementation of the project funded by ERC, Prof. Grzegorz Pietrzyński’s team will make incredibly precise measurements (with an accuracy on the order of 1%) of the distance to the nearest galaxies, using two methods: Cepheids and binary stars. These measurements will enable determination of the Hubble Constant to an unprecedented precision of 1%.

The partner institutions for the venture are France’s Centre National de la Recherche Scientifique and the Universidad de Concepción in Chile.

ERC Advanced Grants are awarded to distinguished researchers who have established a position as independent scientists conducting their own research. The funded projects carry a high degree of risk but can open up new perspectives in various fields of science.