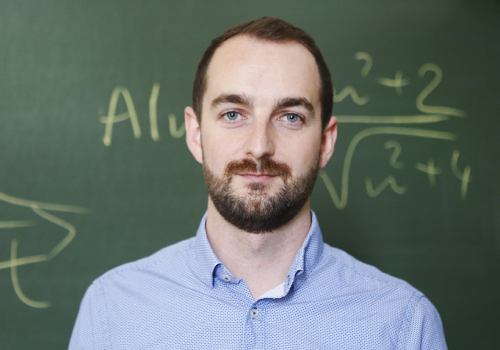 Dr. Przemysław Mróz from the Astronomical Observatory of the University of Warsaw, a scholarship holder in the START program of the Foundation for Polish Science (FNP), won the first Frank Wilczek Prize. Mróz’s research was appreciated for the study of rogue planets, that is planets not bound to any star by gravity.

Mróz received the award for the achievement entitled “A new category of extrasolar planets: rogue planets.” Astronomers have long predicted the existence of rogue planets, ejected from their home planetary systems and not bound to any star by gravity. With the exception of very young objects, rogue planets do not emit light and cannot be observed directly. Mróz used the gravitational microlensing phenomena observed by the OGLE sky survey to measure the frequency of rogue planets occurrence and to study the properties of rogue planets that traverse the Milky Way.

Among other things, Mróz revealed that rogue planets with masses similar to Jupiter are much less common than previously estimated. For the first time, Mróz discovered several gravitational microlensing phenomena probably caused by free planets with masses close to the mass of the Earth, as predicted by theories of planetary system formation.

“The Frank Wilczek prize motivates me to continue my work, search for new research goals, and pose new questions. The Prize will allow me to reinforce international cooperation and will also help me to finish ongoing projects,” says Mróz.

Mróz’s research results have been published in the most prestigious scientific journals in the world, including Nature and Science, and have been cited more than 150 times.

Dr. Przemysław Mróz is a graduate of the University of Warsaw. He obtained his doctorate at the Astronomical Observatory of the University of Warsaw. His research mainly concerns the applications of gravitational microlensing phenomena in astrophysics, although he is also involved in studying the structure and history of the Milky Way and its neighboring galaxies, along with variable and explosive stars.

During his scientific career, Mróz has already received several prestigious awards, including the International Astronomical Union PhD Prize to Recognise Excellence in Physics, the Polish Astronomical Society’s Nagroda Młodych (Youth Award), and the FNP START scholarship with distinction. Mróz is currently on a postdoctoral fellowship at the California Institute of Technology in the USA.

Frank Wilczek is an American physicist of Polish-Italian origin, a professor of physics at the Massachusetts Institute of Technology (MIT), and winner of many awards. In 2004, together with Hugh David Politzer and David Gross, he received the Nobel Prize in Physics for his work on asymptotic freedom in the theory of strong interactions between elementary particles.