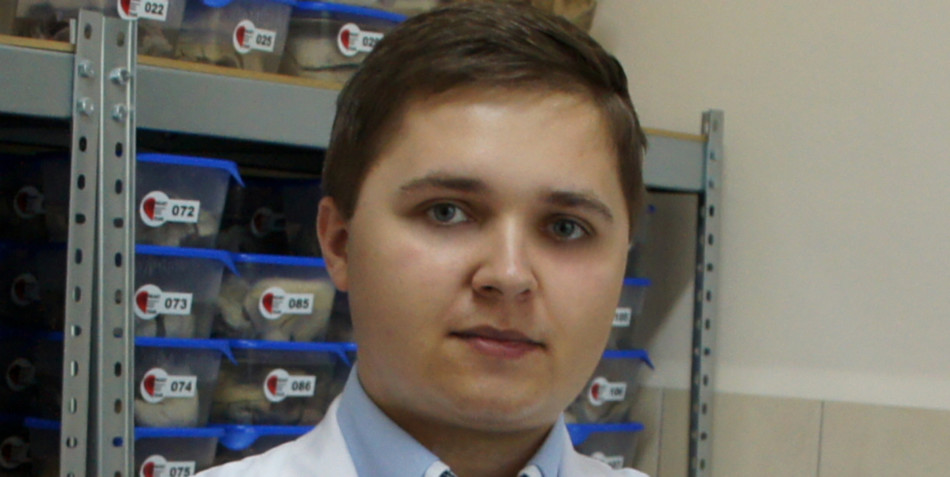 Dr Mateusz Hołda, 2017 START programme laureate, cofounder and director of the HEART research team at the Jagiellonian University Medical College, is one of the Europeans under age 30, leaders in their fields, included in the “30 under 30″ list published by the American magazine Forbes.

Forbes’ “30 under 30” lists identify entrepreneurs, founders of innovative businesses, scientists, social activists, artists, politicians, and athletes who, despite their young age, have achieved remarkable success in their endeavours. For several years a separate list has been published for individuals active in Europe.

The work of the team headed by Dr Mateusz Hołda, which concentrates on research on the morphology of the cardiovascular system, is bearing fruit in the form of printing and visualizations, created in the lab, of 3D models of the heart developed for the needs of medicine and research.

Dr Hołda explained that he is currently working on a 3D reconstruction of imaging data mostly derived from computer tomography, which later, thanks to 3D printing, will attain the form of spatial models. They are useful not only for research purposes, to examine the anatomy of the heart, but also for clinicians diagnosing and treating individual patients.

“I am thrilled to be included among the most outstanding and promising people of the younger generation in Europe,” said Hołda said. “But I don’t treat this distinction as an individual assessment of myself, but dedicate it to all the members of my research team. Without them I couldn’t achieve even a fraction of what we have done.”

According to Forbes, the magazine recognized the team’s contribution to “understanding the architecture of the human heart,” which for many might seem to be a closed book where there is little left to discover. But as Hołda said, “Evidently we are dispelling this stereotype and conducting morphological research of the highest level, which is widely recognized. A place on the ‘30 under 30’ list is not only an honour, but also spurs us to work even harder on our research.”

Hołda was the first university student in Poland to earn the title of Doctor of Medical Science even before receiving his master’s degree (a possibility provided by the Diamond Grant programme, of which he was a laureate). The defence of his doctorate in 2017 is not the young researcher’s only success, as he has already published dozens of scientific articles. Among other things, he was also named a laureate of the “Best of the Best” nationwide research grant programme of the Ministry of Science and Higher Education (individually in 2016 and again as a member of the HEART team in 2017) and was also awarded a “Student Nobel” by the Independent Students’ Union. In 2017 he won a stipend from the START programme of the Foundation for Polish Science.

In addition to Dr Mateusz Hołda in the “Science & Healthcare” category, there are two other Poles in the list. Maciej Musiał, actor and co-producer of 1983, the first Polish series produced by the Netflix platform, is included in the “Entertainment” category, while Mateusz Tomaszkiewicz from the Polish computer game studio CD Projekt RED is recognized in the “Sports & Games” category.