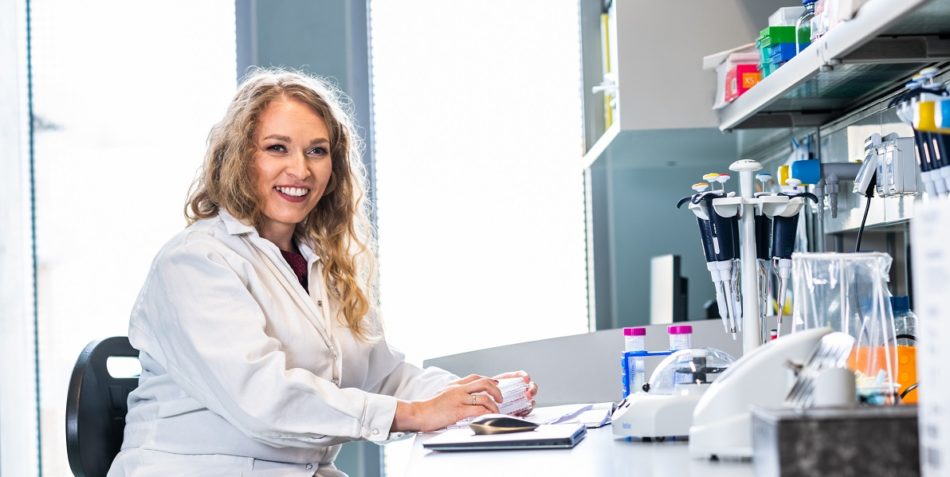 Danuta Gutowska-Owsiak, a laureate of the Foundation for Polish Science’s FIRST TEAM programme, is a former member of an international group of researchers at the University of Oxford that conducted the first human tests involving a new drug for atopic dermatitis. Clinical trial results showing that the medication can improve the patient’s condition within a month have just been published in the renowned Science Translational Medicine journal.

The article describes an early-phase clinical trial involving etokimab, a new biopharmaceutical for atopic dermatitis (AD) patients. The findings show that the new drug improves the skin condition in AD patients, and explain the role of neutrophils in AD pathogenesis.

“Our research has found that the drug is safe, well-tolerated, and effective,” said article co-author Dr. Gutowska-Owsiak, who was involved in the AD research conducted between 2009 and 2017 by the University of Oxford research group. “It also has a very long-lasting effect, even in a single dose, which is in itself important for the treatment process. The next phase of clinical trials is currently under way to test the drug on a larger group of patients. If this is successful, we’ll have a completely new drug for AD patients in a matter of a few years,” she added. “Meanwhile, I will continue doing research on the inflammation mechanisms in AD and allergies, under the Foundation for Polish Science’s FIRST TEAM grant at the Inter-University Department of Biotechnology of the University of Gdańsk and the Medical University of Gdańsk.”

Atopic dermatitis is one of the most common chronic diseases, affecting 10-30 percent of children and up 10 percent of adults. It is associated with a skin-barrier deficiency caused by a number of both genetic and environmental factors. Symptoms include rash and itchiness, as well as pulmonary, eye, gastrointestinal, and skin responses, due to allergies to pollen, food, animal fur, and other allergens. Chronic AD-related inflammation can even cause asthma and hay fever. Standard treatments are not suitable for everyone, so the new medication might prove a breakthrough for many patients.

The substance itself is etokimab, a monoclonal antibody that inhibits the activity of interleukin 33 (IL-33), one of the early inflammatory mediators. IL-33 is an “alarmin” released by epithelial cells, among others, as a result of stress and damage, to signal a threat and mobilise an immune response. Recent studies have found that IL-33 is a major factor in atopic dermatitis and other allergic diseases such as asthma.

The article entitled “Proof-of-concept clinical trial of etokimab shows a key role for IL-33 in atopic dermatitis pathogenesis” was published in the October 2019 issue of Science Translational Medicine.