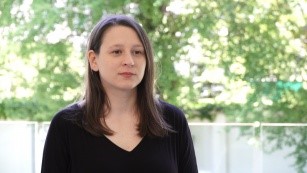 About 10 percent of children in Poland may have problems when learning to read, which often causes reluctance to learn, complexes, and emotional issues. “Diagnosis of dyslexia is possible only from the third grade of primary school, which is quite late to introduce training and therapy,” says Katarzyna Chyl, Ph.D. student at the Nencki Institute of Experimental Biology of the Polish Academy of Sciences. Thanks to her research, which revealed altered left hemisphere activities in children with dyslexia, scientists will be able to develop screening tests for use at an earlier stage of education. For this work, Chyl received a START scholarship from the Foundation for Polish Science (FNP).

Scientists from the Nencki Institute of Experimental Biology in Warsaw have been dealing with issues related to developmental dyslexia for many years. Recent studies have enabled the first comprehensive assessment of factors responsible for the development of reading disorders.

Researchers discovered that the brain of a child with dyslexia works slightly differently when reading than that of a child without the disorder. The differences are visible regardless of whether we compare a group of children with dyslexia to children of the same age reading better or to younger readers at a similar level.

“In both these situations, we observe a similarly reduced pattern of activity of the left hemisphere language network during reading,” Chyl specifies. “Our observations prove that the brain of a dyslexic child works slightly differently and is built differently. Perhaps this will help to fight the belief that dyslexic children are lazy and do not put work into learning. We know that reading is more difficult for them due to neurobiological or genetic reasons. Teachers and educators are also increasingly aware of this.”

Several hundred students from the first five grades of primary school participated in the study, both from groups at higher risk of developing dyslexia and those showing text perception skills typical of their age. They consisted of a series of tests in the form of video games developed specifically for the needs of the project, which involved those brain functions that can be disturbed in dyslexia. Researchers conducted some of the tests with the use of eye-tracking equipment, which allows for the monitoring of eye movements of readers. Brain activity and structure were monitored using a modern magnetic resonance imaging scanner.

“Over the years, we followed children’s development in reading abilities but also in other reading-related school skills. In the third grade, when the diagnosis of dyslexia was already possible, we were also able to indicate the tasks with which children who later developed dyslexia dealt with worse in preschool and first grade. Thanks to this, we want to develop screening tests for preschool use – when the children do not yet read and only begin their education – to assess as early as possible which of them are at greater risk of dyslexia. Early diagnosis will allow working with them at the beginning of primary school education,” explains Chyl.

Developmental dyslexia is genetic; it occurs in about 10 percent of the population and does not pass with age. In families where a case of dyslexia already occurred, the risk of inheritance can reach up to 50 percent. In some people it may be the result of a single very pronounced factor associated with brain functions, while in others it will appear as a result of a series of minor changes of a different nature. Warsaw scientists approach the issue comprehensively for the first time in the world: they study the impact of all known groups of factors, namely cognitive deficits, behavioral symptoms, and neurological changes in the brain.

“More and more people know that dyslexia is an important problem. If a child has this particular difficulty in learning to read, he or she may be discouraged from school, have complexes, or develop emotional problems. That is why teachers and parents seek knowledge not only in scientific publications, which we encourage, but also in social media or during Brain Days organized in our institute,” adds Chyl.

For her research on dyslexia, Katarzyna Chyl received the Barbara Skarga Scholarship, which is part of the FNP START program. This distinction is awarded for scientific achievements characterized by the bold crossing of boundaries between various fields of science, opening new research perspectives, and creating new values in science. The annual scholarship is PLN 36,000.

The FNP START program is the oldest scholarship program in Poland for the best young scientists representing all fields of science. START’s purpose is to support outstanding young scientists and encourage them to develop further. During the 28 years of the program, over 3100 outstanding researchers have won the prestigious scholarships, to which FNP has donated over PLN 84.5 million in total.