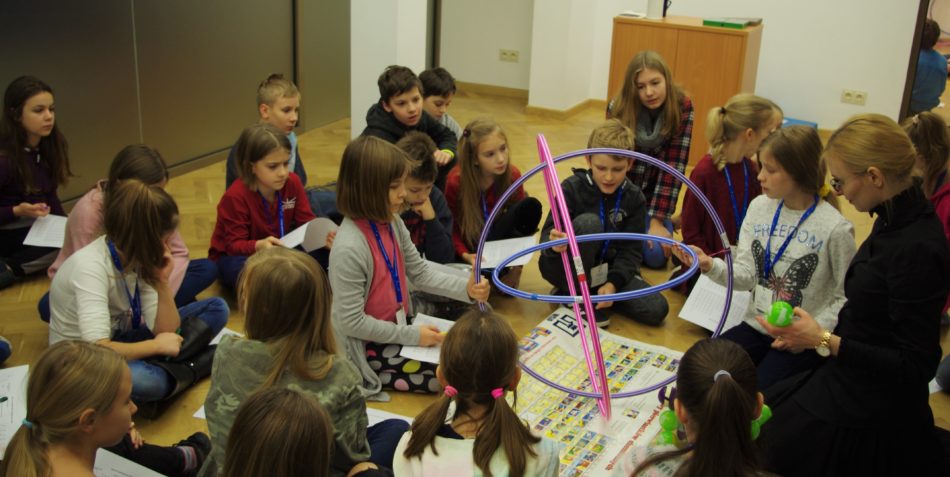 Two young female researchers dressed in black 19th century-style gowns are standing in the middle of a classroom packed with a lively flock of seven-year-old scientists all wearing safety glasses and white aprons. Measuring cylinders, plastic bottles, colorful baskets, magnifying glasses, pipes and funnels are arrayed on the tables. Thick white smoke is coming out of one bottle making young experimenters beam with joy. This is what one of the chemistry workshops for children run as part of the “Manufaktura Naukowców” / “Manufacture of Scientists” project looks like.

The project called “Manufacture of Scientists” was launched with the support of the Foundation for Polish Science (FNP), having won the eNgage competition, which awarded FNP grants for the implementation of innovative ideas of science promotion (the eNgage competition was run in 2014–15 under the FNP’s SKILLS project co-funded from the Human Capital Operational Programme). The primary objective of the “Manufacture of Scientists” is to engage children and teens with science, to promote the profession of researcher and to encourage adults and children to have fun together by carrying out hands-on scientific experiments. The project initiator is Doctor Magdalena Osiał of the Faculty of Chemistry at the University of Warsaw, whose daily work involves research on materials for application in cancer treatment and whose life’s passion is social engagement and promotion of science. The first stage of the project was a cycle of scientific workshops to integrate seniors and children and the tangible product of those efforts was a book entitled “Manufaktura Naukowców czyli Laboratorium Ślimaka Madzika” [Manufacture of Scientists or the Lab of Madzik the Snail]; dedicated to young researchers. The book is a great introduction into the world of science, providing ideas for hands-on experiments. 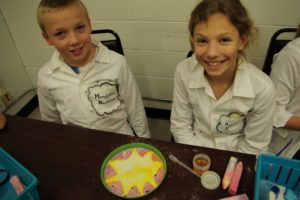 The project funding ended more than a year ago but the project is still rolling, supported by incredibly dedicated volunteers (from Poland and beyond) and is reaching out to new groups of participants. Partnering with “Manufacture” at home are institutions such as the Polish Academy of Sciences (PAN), the Marie Skłodowska Curie Museum and the Children’s University. Moreover, having been invited by the Embassy of the Republic of Poland in the US this year, Magdalena Osiał took her chemical workshops across the Atlantic; they were specially designed to introduce the life and scientific work of Marie Skłodowska Curie to American children. Hands-on, safe and experiment-oriented workshops encouraging children to take on the role of a scientist were run by Doctor Osiał in collaboration with Doctor Magdalena Łabieniec-Watała, DSc, of the University of Lodz in a number of locations, including the annual Kids Euro Fest at the KID Museum in Bethesda, Maryland, and at primary schools in Washington, D.C., and then in the Detroit Area, Michigan.

Both Polish and American children ask many amazingly insightful questions as they enthusiastically carry out practical experiments (more often than not for the first time in their lives). The US workshops were such a big hit that the “Manufacture” was invited to come to the US again in 2018 and to include New York on its itinerary this time around.

For more information about this exciting initiative and the upcoming “Manufacture” workshops, please visit: www.manufakturanaukowcow.pl