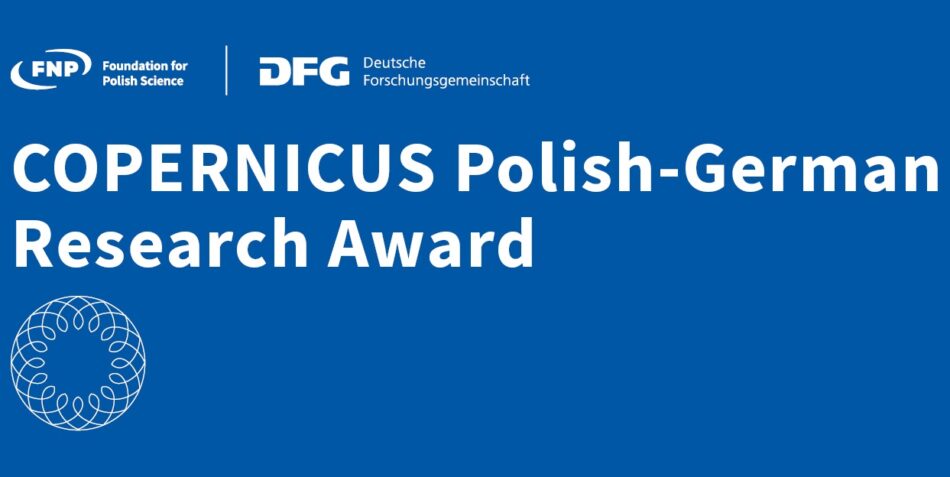 Prof. Sebastian Faust from the Technical University in Darmstadt and Prof. Stefan Dziembowski from the University of Warsaw received the COPERNICUS 2020 Polish-German Scientific Award. The Award was granted for the eighth time by the Foundation for Polish Science (FNP) and the German Research Foundation (DFG).

A jury jointly appointed by the DFG and FNP selected two researchers for their outstanding and distinguished collaboration in the field of cryptography and IT security. Their collaborative research into the foundations and applications of these areas of knowledge has significantly influenced real-world systems. The winners were selected through a competition among 29 nominated pairs of candidates. The award amount is 200,000 euros (100,000 euros for each of the two winners).

Dziembowski and Faust have been working together since they met at a scientific conference a decade ago. Their research often involves young researchers and focuses on the application of mathematical techniques to computer science. Their collaboration led to several important collaborative publications that received great interest from the academic community and had a significant impact on the systems used in practice. In particular, their work on the equivalence of the “noise leakage model” and the “random sampling model” won the Best Paper Award at the prestigious EUROCRYPT 2014 conference. The same paper significantly contributed to the general understanding of defense methods against “side-channel attacks.” These attacks are considered to be one of the greatest threats to practical security systems.

Another important area of their scientific cooperation concerns blockchain technology and cryptocurrencies. In particular, they proposed the “proofs of space” concept that offers a greener alternative to mining cryptocurrencies than the one used in bitcoin. This technology is currently implemented in commercial blockchain projects. Recently, Dziembowski and Faust created the “Perun” system that enables real-time blockchain applications. Besides publishing significant works on the subject, they are currently working on implementing the technology as an open-source project integrated with existing blockchain platforms.

Both cryptographers are the eighth pair of winners to receive the Copernicus Award. Since 2006, the Copernicus Award has been granted by the DFG and FNP every two years to outstanding scientists from Poland and Germany (one from each country). The award is named after the astronomer Nicolaus Copernicus (1473–1543) and aims to emphasize the close research cooperation between the two countries. The Award is donated equally by both organizations. These funds should be used by scientists for the further development of Polish-German cooperation. The award ceremony by the President of the DFG, Prof. Katja Becker, and the President of the FNP, Prof. Maciej Żylicz, is to be held this year.