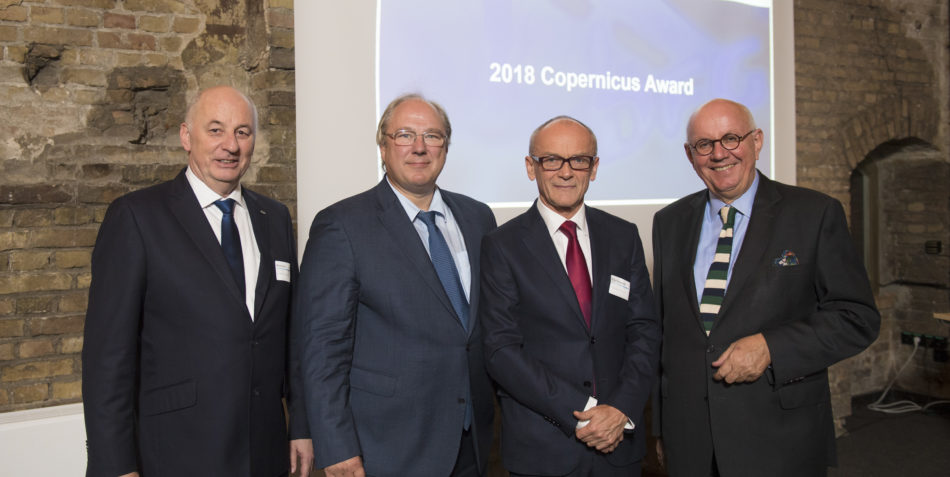 On Thursday, 25 October, the prize-giving ceremony for the 2018 Copernicus Polish-German Scientific Award was held at the Charité Museum of Medical History in Berlin. The award was collected by the laureates of the seventh competition: Prof. Stefan Anker from the clinical hospital of Charité – Universitätsmedizin Berlin and Prof. Piotr Ponikowski from Wrocław Medical University.

The Copernicus Polish-German Scientific Award has been given since 2006 every two years by the Foundation for Polish Science (FNP) and the German Research Foundation (DFG). Its aim is to recognize cooperating researchers from Poland and Germany who have demonstrated outstanding research achievements as a result of their cooperation. The award is given to a pair of researchers – one from Poland and one from Germany – selected in a competition covering all scientific disciplines. The award carries a cash prize of EUR 100,000 for each of the researchers.

The laureates of this year’s edition were selected for their joint research on heart failure (cardiac cachexia), which has contributed to a better understanding of the pathophysiology of this disease and to the development of new therapeutic strategies.

The ceremony for the 2018 Copernicus Award began with a greeting by Dr Peter Greisler, representing the German Federal Ministry of Education and Research, who stressed the importance of the extensive scientific cooperation between Poland and Germany. Delivering his tribute to the laureates, Prof. Hermann Haller from the Hannover Medical School presented an overview of the scientific careers of the laureates, whose paths first crossed at King’s College London more than 20 years ago. Prof. Haller pointed out that the joint work of this year’s laureates has a context that is more than just bilateral, as both of the professors are also active within the European Society of Cardiology.

In his speech, FNP president Prof. Maciej Żylicz recognized both of the laureates as researchers who achieve outstanding results mainly thanks to the scientific freedom at the root of their activity. DFG president Prof. Peter Strohschneider also pursued this idea in his speech. According to Prof. Żylicz, ensuring good researchers the “freedom to do science” should be the task of research funding organizations like FNP and DFG. One of the methods for achieving this goal is to organize joint research programmes as the basis for developing scientific cooperation in Europe.

During their joint address at the ceremony, Prof. Ponikowski and Prof. Anker declared their further cooperation: “We did a lot of research together – and we still plan for more to come!”

See photos from the ceremony: