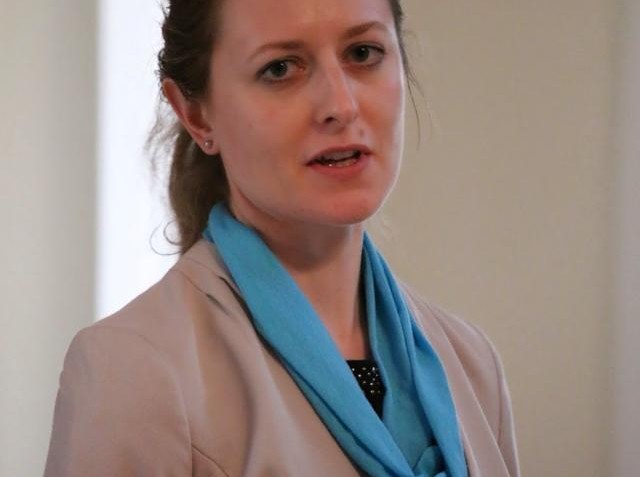 Katarzyna Zacharczuk, PhD, from the National Institute of Public Health – National Institute of Hygiene in Warsaw is the winner of the 10th competition for the Artur Rojszczak Award. The award is granted by the Club of the Foundation for Polish Science Scholars (Club of FNP Scholars) to young, excelling scientists with a humanist attitude, broad horizons and the capacity for overstepping the boundaries of narrow scientific disciplines.

Katarzyna Zacharczuk is a microbiologist. Her areas of interest include drug-resistant bacteria and identification of highly hazardous pathogens. She deals with the implementation of molecular biology techniques in identifying and genotyping bacteria that are important in human pathology, including for the needs of epidemiological investigations and evaluations of environmental prevalence. She is assistant editor of the Mikrobiologia Doświadczalna i Kliniczna quarterly. She is also an active volunteer of Fundacja Mam Marzenie (I Have a Dream Foundation) whose purpose is to fulfil the dreams – often big and often the last – of terminally ill children. She intends to donate her cash prize of PLN 5,000 to charity.

This year the Artur Rojszczak Award received 11 applications. In the first stage of the procedure the candidates were evaluated by 48 members of the Club of FNP Scholars. The nominees for the competition’s final stage were:

The finals were held on 23 May 2015 during the club’s annual meeting in Odolanów. The winner was selected after all the finalists delivered presentations outlining their scientific achievements as well as their other interests and public activity.

The Artur Rojszczak Award is granted every year by the Club of FNP Scholars to commemorate a tragically deceased colleague: a great philosopher, one of the club’s founders and chief animators. The prize money is PLN 5,000; half of it comes from club membership fees, the other half from the Foundation for Polish Science. Candidates are proposed by club members on the basis of their own information or information received  from the scientific community. The regulations can be viewed on the club’s website:

The website also lists information about members who may be contacted if someone has a candidate to propose.