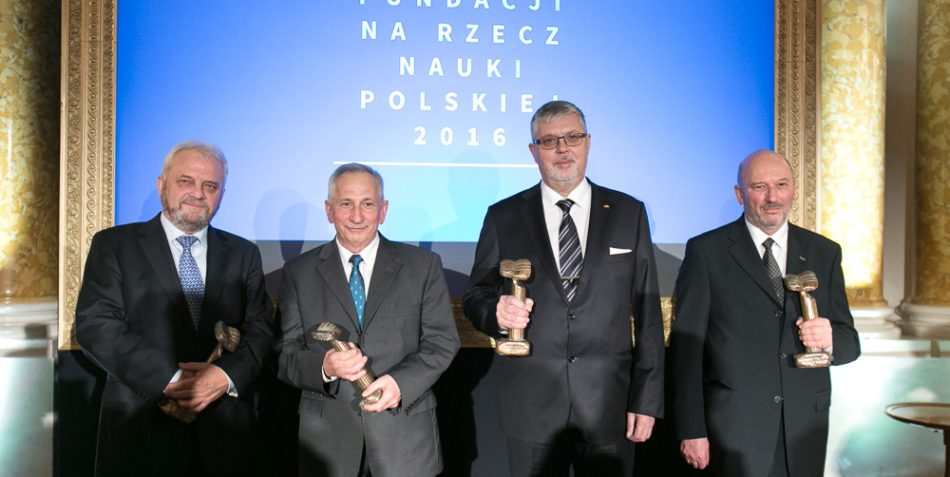 The prizes were awarded to the laureates by the president of the Foundation, Prof. Maciej Żylicz, and the vice chair of the Foundation Council, Prof. Leon Gradoń. The event was attended by representatives of the state and scientific authorities as well as members of the research community.

During the ceremony, President Andrzej Duda mentioned what an honour it is for him as President of Poland to award professorial appointments: “With each appointment, I remind the newly promoted professors that as the President of Poland, I hope they can look forward to a Polish Nobel, a Nobel for Poles, for Polish scientists. Now, congratulating these laureates, my wish for them is to receive a worldwide Nobel Prize.”

The FNP Prize is awarded for specific scientific accomplishments and discoveries that shift the boundaries of cognition and open new research perspectives, make an outstanding contribution to Poland’s civilization and cultural progress, and secure for Poland a significant role in meeting the most ambitious challenges of the contemporary world. The prize carries a cash award of PLN 200,000. Including this year’s laureates, so far the FNP Prize has been awarded to a total of 91 people. The laureates have included such figures as professors Tomasz Dietl, Andrzej Jajszczyk, Krzysztof Matyjaszewski, Jerzy Szacki, Karol Modzelewski, Karol Myśliwiec, Jadwiga Staniszkis, Jan Strelau, Andrzej Udalski and Aleksander Wolszczan.

The prize-giving ceremony was held on 8 December 2016 at the Royal Castle in Warsaw. The emcee for the event was science journalist Krzysztof Michalski.

Gallery of photos from the ceremony