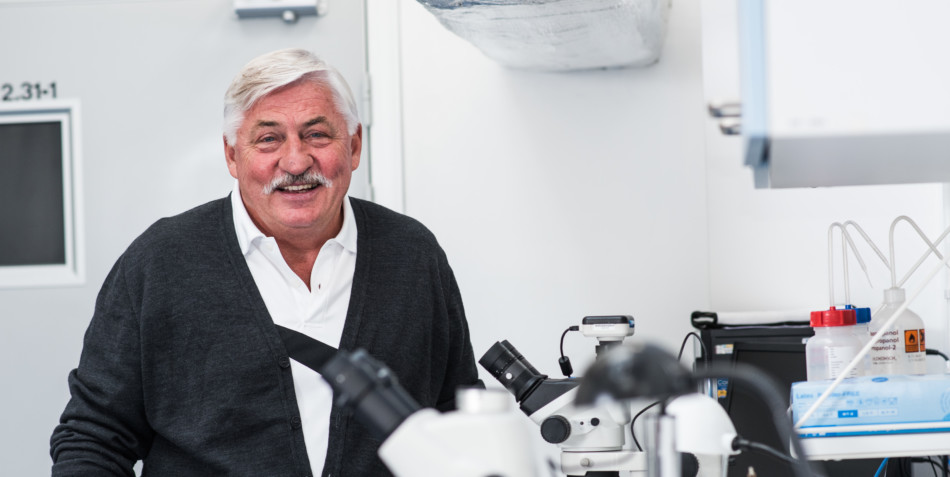 Scientists from the Centre for Terahertz Technology Research and Applications in Warsaw (CENTERA), established under the International Research Agendas Programme of the Foundation for Polish Science, have discovered a way to amplify terahertz waves with the use of graphene nanostructures at room temperature. This discovery paves the way for developing a variety of innovative technologies making use of terahertz radiation. Significance and potential

Terahertz radiation (THz) involves waves that are within the band of frequencies between microwaves and infrared light. This means that a 1 THz frequency corresponds to a wavelength of around 0.3 mm, which is why terahertz waves are also called sub-millimetre waves. Previously they were used rarely and only by astronomers to observe the distant parts of the universe. However, terahertz radiation is also suitable for imaging and analysing the composition of many materials (such as plastic, paper, fabrics, wood) and rapid information transfer, which is faster than with the current 4G technology. The future 5G and 6G wireless communication technologies will take advantage of terahertz waves as information carriers. “The application potential of THz waves results from their interesting properties, for example the ease with which they penetrate most non-metallic materials. As opposed to X-ray and UV radiation, they are not harmful to humans or animals and they spread in the air, providing vision under difficult weather conditions or carrying enormous amounts of data. For this reason, in many scenarios they can replace X-ray radiation or lead to completely new applications,” said Prof. dr hab. Wojciech Knap.

Professor Knap is one of the founders and leaders of CENTERA, which was established thanks to the financial support of PLN 34.5 m from the Foundation for Polish Science under the International Research Agendas Programme (IRAP). CENTERA’s overriding goal is to develop breakthrough technologies making use of terahertz radiation, such as e.g. fast chemical composition scanners and analysers, which can be used in various areas of the economy and safety oversight. To date, the practical use of THz radiation was not possible due to the high costs and energy consumption levels, and the sizeable dimensions of the current emitters and detectors of THz waves. With a view to introducing THz technologies to the mainstream market, CENTERA conducts interdisciplinary studies on the possibilities of generating, emitting, processing and receiving THz waves by systems based on known and inexpensive technologies of semiconductor devices (such as transistors and microchips). “THz waves bring a lot of new possibilities to the table, but we also have a number of challenges to overcome. We especially need compact power sources and amplifiers capable of operating at THz wavelengths. Globally, experimental studies on developing THz amplifiers and sources using the oscillation of plasmons stimulated by electric current flow in well-known semiconductors, silicon and gallium arsenide, started as far back as forty years ago,” said Prof. Knap. Plasmons are oscillations of electron density (similar to sound waves), which may occur when light (composed of photons) begins to interact with matter. Plasmons may also be formed as a result of electric current flow, in a similar way as the flow of air may produce sound in wind instruments. Under special circumstances, when the electric current flows and matter is illuminated by THz light with a frequency close to the plasmon oscillation frequency, the energy of the current may be transferred to photons. This results in the amplification of THz radiation.

“Previous experimental attempts to develop THz radiation amplifiers or sources based on plasmon oscillation and operating at room temperature failed – radiation intensity was found to be too low or cooling to cryogenic temperatures was needed. However, the emergence of graphene-based chips providing excellent electric and optical capabilities at room temperature has rekindled interest in this subject,” continued Prof. Knap.

As a result of cooperation between CENTERA’s scientists (Prof. Wojciech Knap, dr Dmytro Buta and Prof. IWC PAN Valentin Kachorovski) and the Centre’s Japanese partner – Tohoku University – it was demonstrated that amplifying THz radiation is possible at room temperature using specially-constructed graphene nanostructures with electric stimulation, light absorption and plasmon oscillation. “Of course, the experimental results we have achieved still require work, particularly in the field of materials technology, to be used in constructing new devices for widespread use. However, it appears that they are already paving the way for the development of a new generation of fully electronic THz amplifiers operating at room temperature,” emphasised Prof. Knap.

The paper describing the experiment, entitled “Room Temperature Amplification of Terahertz Radiation by Grating-Gate Graphene Structures” was published in the renowned journal Physical Review X of the American Physical Society (APS). This journal has one of the largest impact factors among all APS journals in the field of physics and it only publishes papers of breakthrough significance

The International Research Agendas Programme, which is being implemented by the Foundation for Polish Science, is co-financed by the European Union within the framework of the European Regional Development Fund from the funds of the Smart Growth Operational Programme.