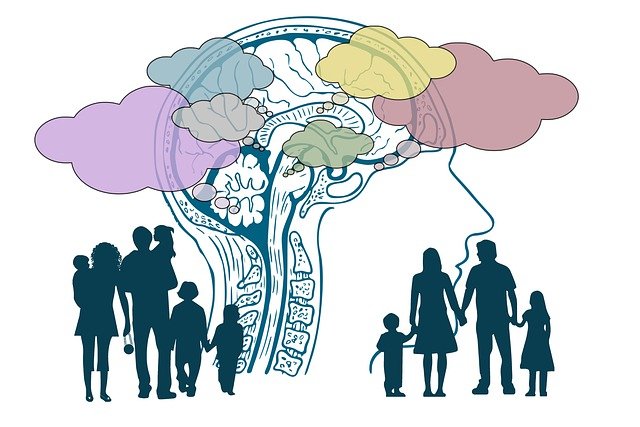 Ali Jawaid, M.D.-Ph.D, the leader of a research group at the BRAINCITY centre in Warsaw, is the co-author of a paper published in EMBO Journal which describes one of the mechanisms underlying metabolic memory specific to trauma. Based in Warsaw, BRAINCITY conducts research on brain neuroplasticity and diseases. The research financed under the International Research Agendas Programme of the Foundation for Polish Science.

The notion of intergenerational transmission, which means the transfer of certain characteristics and biological changes induced by exposure to stress to further generations, has been introduced in research literature fairly recently. Research papers have provided accounts of soldiers, former prisoners of concentration camps and victims of violence – and their descendants. Some of  the children or grandchildren of these individuals might even experience the same nightmares as their parents or grandparents even though they have never been told about them. According to latest research findings, underlying this phenomenon are epigenetic mechanisms involving changes in gene expression, or gene functioning, caused by environmental factors. This is called metabolic memory or metabolic inheritance.

The researchers used a mouse model to investigate how metabolic memory works. Male mice served as subjects, half of which had traumatic experiences early in their lives. In-depth analyses of their blood composition revealed significant differences between the traumatised and non-traumatised groups. Particularly pronounced differences were found between lipid-metabolism parameters – mice exposed to early life trauma had more metabolites of some polyunsaturated fatty acids. Notably, the same changes were found in the blood of traumatised mice’s offspring. What is more, the offspring of non-traumatised males which received the serum of traumatised males showed identical metabolic changes. These experiments proved that the factors responsible for transmitting stress signals to germ cells are found in blood, and that these factors are fatty acid metabolites.

Further laboratory research allowed the scientists to identify the mechanism which makes it possible for the metabolites circulating in the blood to send signals to gametes. They found that they key role in this process is played by PPARs in the membrane surrounding the nuclei of most cells. These receptors are activated by fatty acids and their metabolites, and their role is to regulate gene expression across a large number of different tissues. The experiments showed increased PPAR activity in traumatised males’ semen. According to the authors of the paper, this suggests that PPAR activation is a significant factor in intergenerational transmission of metabolic dysfunctions caused by traumatic experiences.

They also investigated whether similar changes in blood composition and PPAR activity could be found in humans. This part of the research included 25 children from the SOS Children’s Village in Lahore, Pakistan, whose parents died or were separated from them. A comparison of their blood and saliva samples with those of children living with both parents revealed the same differences as in the mice experiment. This means that the mechanism of  trauma-related metabolic memory found in the mice model probably occurs also in humans.

Since August 2020 Ali Jawaid, M.D.-Ph.D, one of the authors of the paper, has been the leader of the research group „Translational Research in Neuropsychiatric Disorders” (TREND)  at BRAINCITY – one the centres established with the support of the Polish Foundation for Science as part of the International Research Agendas project financed under the Smart Growth Operational Programme (SGOP). BRAINCITY’s core objective is to provide a comprehensive understanding of how the human brain and its product – the mind – work. Scientists will use this knowledge to develop new solutions to improve the prevention, diagnostics, monitoring and treatment of brain diseases and pathologies. This includes mental illnesses (such as depression and schizophrenia), as well as addictions and neurodegenerative diseases (such as Alzheimer’s and Parkinson’s diseases).

Ali Jawaid, M.D.-Ph.D is Pakistani neuroscience expert. He graduated from Aga Khan University, Pakistan, the Baylor College, the USA, and the Zurich University, Switzerland. He has published in leading scientific journals such as Science, Nature Neuroscience, Neuron and Nature Communications. He was a TEDx speaker. His research focus is on the interplay of epigenetic and metabolic factors in the development and inheritance of brain disorders. Mr. Jawaid’s research at the TREND Laboratory led by him at BRAINCITY aims to answer the key question of whether exposure to environmental factors and life experiences such as childhood injuries, diet and inflammatory states increases susceptibility to neuropsychiatric and neurodegenerative diseases, and whether such susceptibility is transferred to offspring.

Source: Involvement of circulating factors in the transmission of paternal experiences through the germline. The EMBO Journal (2020) e104579.

The International Research Agendas Programme (IRAP) implemented by the Foundation for Polish Science is co-financed by the European Union from the European Regional Development Fund under the Smart Growth Operational Programme.