You can’t see it but you detect it: START laureate explores unconscious facial recognition 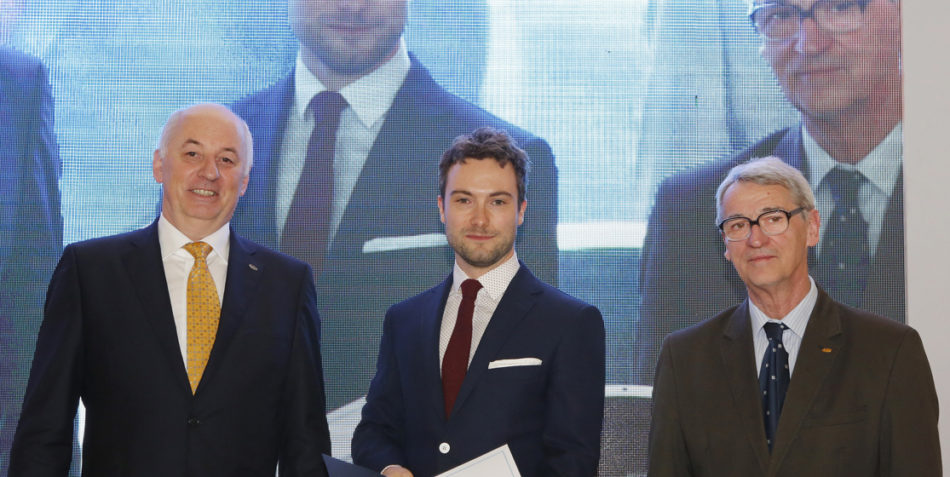 Every waking moment a huge quantity of different stimuli reach our senses: sounds, smells, objects within our field of vision. But our capacity for attention is limited, so we consciously process only a small portion of them. What happens to stimuli that reach our senses but don’t gain access to our awareness? Can they influence our behaviour without our knowledge or control? Four Polish researchers attempted to answer these questions in the prestigious journal Psychological Science. One of the authors is Dr Michał Bola, a 2016 laureate of the START programme of the Foundation for Polish Science.

The research currently being conducted at the Nencki Institute of Experimental Biology of the Polish Academy of Sciences is aimed at examining the capabilities of our “unconscious mind.” According to Michał Wójcik, the lead author of the article “Unconscious Detection of One’s Own Image” and currently a doctoral student at the University of Oxford: “The processes we are studying are often referred to as ‘subliminal’ because they occur below the threshold of consciousness. We have known for a long time that our brains are capable of processing and analyzing various types of simple stimuli subliminally. In our research we are trying to determine whether more complex objects can also be effectively processed and influence our behaviour outside our awareness.”

The human face may be an example of such an object. Even though all faces are more or less similar, through an immediate analysis of many elements—eyes, mouth, nose—our brains are usually capable of accurately recognizing the faces of people we know. Quick and reliable facial recognition is essential for survival and was thus promoted during the course of evolution. For this reason, there are special areas of the brain dedicated exclusively to facial recognition.

Are mental mechanisms of facial recognition effective enough that they can operate even without involving consciousness? Can the brain identify a face even when we aren’t aware that we’ve seen a face at all?

Prof. Anna Nowicka, who specializes in studying mechanisms for processing information about ourselves, explained: “Our intuition as well as prior studies suggest that our own face is a very strong and important stimulus for everyone, generating various types of feelings and associations, and thus is effective at attracting our attention. For this reason, in our research we decided to use photos of the subjects’ own faces as well as the faces of other people similar to them. We hypothesized that our brain would recognize and respond to our own face even if we were not aware that we had seen it.”

During the experiment, the subjects gazed at a cross in the centre of the monitor. Meanwhile, pairs of photos of faces were shown on both sides, on one side the subject’s own face and on the other side the face of another person, but the subjects were supposed to ignore the flashing faces and not pay any attention to them. The key to the whole study was that in half of the presentations, the faces were visible and easily recognizable, but in the other half the faces were not visible to the subjects.

How can a picture of a face be shown so that at the same time it is rendered invisible? For years, researchers have used a “masking” procedure to achieve this. The faces here were displayed for only 32 milliseconds, and immediately after them “masks” appeared on the screen, i.e. meaningless patterns whose only task was to disrupt recognition of the faces. Additional tests confirmed the effectiveness of this procedure. Even with such brief presentations the subjects easily recognized the faces, but when the “masks” were added they could no longer state whether a given photo presented their own face. According to Dr Michał Bola, who specializes in studying unconscious processes, “This technology allows us to study under laboratory conditions the effect of stimuli that reach our brains but are not strong enough to enter our awareness.”

How can it be tested whether the brain has recognized a face if the subject himself doesn’t know? As explained by Maria Nowicka, a doctoral student at the Nencki Institute who co-authored the study, “We used an EEG to record the activity of the brain of the persons performing the task. For years it has been known that directing a person’s attention to one side causes asymmetry in the activity of the brain between the hemispheres. By analyzing this asymmetry, we could determine whether at the given moment the subject’s attention was directed toward the face on the left side or the right.”

In the published work, the researchers showed that when we see our own face, we reflexively turn that way, even we are instructed not to do so. Anna Nowicka said, “This confirms earlier results from our team and others. First we showed that stimuli referring to the ego, such as our name or face, are processed by ourselves preferentially.”

The most critical result was proving that the brain automatically directs attention toward the image of the subject’s own face, even when the subject is unaware that he or she has seen it. According to Michał Wójcik, “Although the subjects didn’t know that at that moment an image of their own face had been shown, their brain focused attention to that side of the field of view. This means that without involving consciousness, the brain must have noticed both faces and responded to the subject’s own face, which was known to the brain. It thus appears that awareness is not necessary for facial recognition.”

What is the role of consciousness in processing the stimuli reaching our senses? Some researchers and philosophers take the view that consciousness has no special function. But this view seems counterintuitive to us, because we believe that we are aware of all stimuli in our environment and take decisions consciously and rationally. This does not appear to be true, however, and stimuli we are not aware of can effectively direct our attention. As Dr Bola puts it, “We have known for a long time that certain types of simple and clear visual stimuli attract our attention automatically, without the involvement of our will or conscious decision. This might be for example one red object among many green objects. We show in our study that also much more complex objects—such as a face, which comprises many elements and requires detailed analysis for recognition—can unconsciously attract attention. Our experiment falls within a line of research showing that the capabilities of our ‘unconscious mind’ are much greater than we thought.”

According to Prof. Nowicka, “One of the questions that remains unanswered is why our own face attracts our attention so effectively. Is it because the face represents our own ego, implying that this effect is specific to our own face? Or could the reason be extreme familiarity, so that other faces we know well will also draw our attention without involving consciousness? Another question is whether the discovered mechanism is specific to faces alone, due to the priority of their processing in the brain, or perhaps other complex objects could also be effectively processed by our brain without consciousness. We plan to answer these questions in further studies.”

The project whose results were published in Psychological Science was financed with grants from the National Science Centre.