New discovery from participants of the International PhD Programme 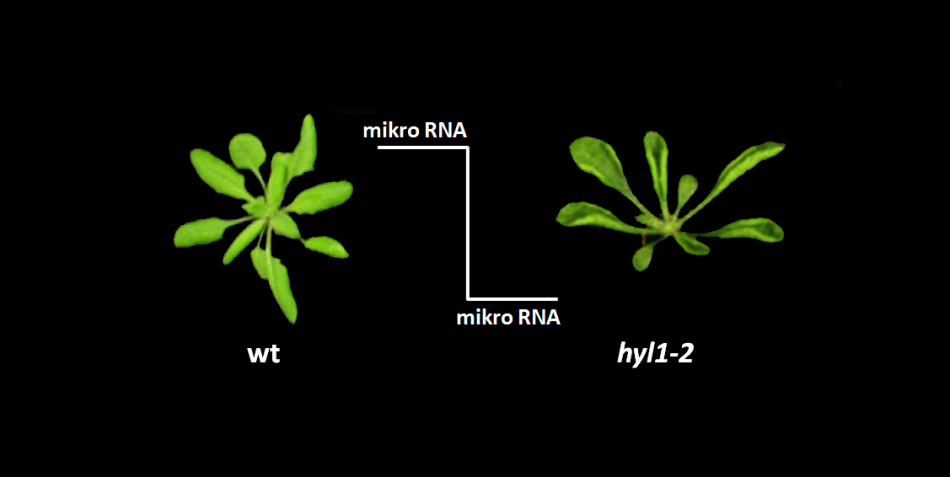 Participants of the Foundation for Polish Science’s International PhD Projects programme from the Adam Mickiewicz University in Poznań have made a discovery that will allow plant development to be controlled as well as enabling modulation of plant responses to biotic and abiotic stress. The results have been published by the prestigious monthly EMBO Reports.

Read article
The research was carried out by Dawid Bielewicz, MSc, as well as Prof. Zofia Szweykowska-Kulińska, PhD hab., and Prof. Artur Jarmołowski, PhD hab., from the Department of Gene Expression at the Institute of Molecular Biology and Biotechnology of the Poznań university’s Faculty of Biology, working with colleagues from the University of Basel and the Medical University of Vienna. The scientists discovered the significant role of introns of micro-RNA plant genes in regulating the level of mature micro-RNA molecules.

Micro-RNAs are key regulators of gene expression in all eukaryotic organisms. In plants, micro-RNAs control things such as blossoming time, organ development as well as taking part in plant responses to changes in the surrounding environment. The way they work involves directing the appropriate protein complex containing micro-RNAs to the target mRNAs and splicing or blocking mRNA transcription. The micro-RNAs themselves are also the object of numerous mechanisms regulating their expression level. One such mechanism has been discovered by the Polish-Swiss-Austrian research team. In a series of experiments, they showed that the presence of introns in the primary transcript stimulates micro-RNA molecule maturing. Furthermore, the researchers proved that the actual process of splicing introns from the transcript also plays an important role in stimulating micro-RNA biogenesis.

This research shows for the first time that the presence of introns in the primary transcript and splicing regulates the level of mature micro-RNAs in plant cells. By changing the structure of micro-RNA genes, it is possible to regulate the expression level of small regulatory RNA molecules and thus influence developmental processes in plants and plant responses to biotic and abiotic stress.

Very similar results were obtained by Olivier Voinnet, PhD, from the Institute of Plant Cell Biology in Strasbourg working with Sascha Laubinger from the University of Tübingen, and their paper was published next to the Polish-Swiss-Austrian team’s in the same volume of EMBO Reports.

The inspiration for the research came from earlier research findings, including those of PhD students and employees of the Poznań university’s Department of Gene Expression, showing that though micro-RNAs are very short molecules (approx. 20-25 nucleotides), the genes encoding them in plants can have up to a few thousand nucleotides. The presence of introns in the genes was also shown.

Knowledge of the mechanisms that control micro-RNA biogenesis in plants can be applied to obtain crops with improved characteristics. It will be possible to introduce a micro-RNA gene into a crop’s genome in which a DNA section encoding a short micro-RNA is replaced with an artificially designed one thanks to which the mature molecule splices the mRNA of a specific protein. The team from the Department of Gene Expression led by Zofia Szweykowska-Kulińska and Artur Jarmołowski, working with researchers from the Plant Breeding and Acclimatization Institute (IHAR) in Młochów and the Institute of Biochemistry and Biophysics of the Polish Academy of Sciences (IBB PAN) in Warsaw, developed potato varieties in which an artificial micro-RNA suppressed the expression of a potato protein encoding gene (CBP80), resulting in plants that coped better with drought than those in which the CBP80 gene was expressed. This work was published in the prestigious Plant Biotechnology Journal.