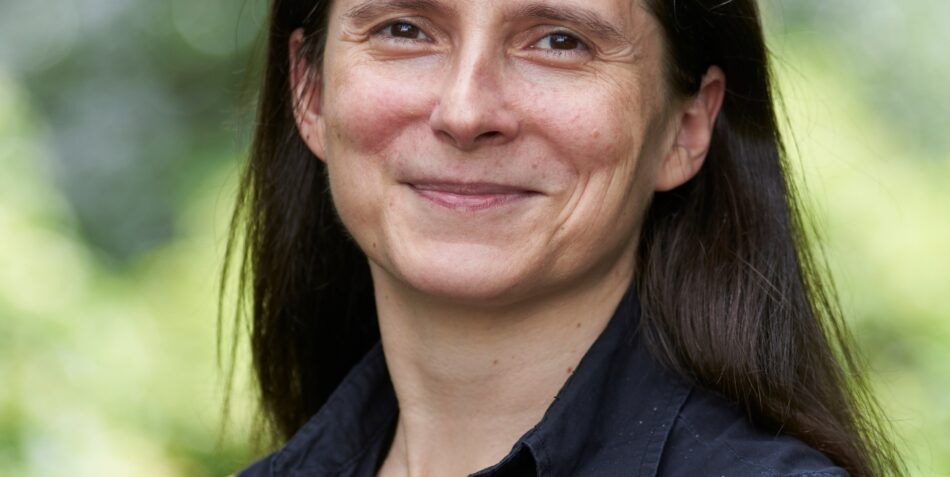 Born in 1971 in Bogatynia, Jurkowlaniec received a master’s degree in art history from the University of Warsaw in 1995, where she also prepared her doctoral dissertation in 2000 and obtained habilitation in 2009. In 2019, Jurkowlaniec received the title of professor of humanities. Since 2000, she has been employed at the University of Warsaw; in 2000–2019 as an Assistant Professor; from 2019 as Associate Professor.

Jurkowlaniec deals with the artistic and religious culture of the late Middle Ages and the early modern period, with particular emphasis on iconography and the function and reception of artworks, especially in the context of religious disputes. In recent years, her research mainly concerns old graphics, book illustrations, and more broadly, the beginnings of the printing culture in the fifteenth to seventeenth century.

Jurkowlaniec implemented two and is currently managing the third research project financed under the OPUS program of Poland’s National Science Centre. She authored three monographs and numerous articles in magazines, including Artibus et Historiae, Barockberichte, Biuletyn Historii Sztuki, Konsthistorisk tidskrift, Kwartalnik Historyczny, Pamiętnik Literacki, Print Quarterly, Religions, Annual Art History, Zeitschrift für Kunstgeschichte, and in separately published collections of articles. Jurkowlaniec’s doctoral dissertation received the Prime Minister’s award, while the book that enabled her to obtain habilitation was published in the FNP MONOGRAFIE competition series and received the Award of the First Department of the Polish Academy of Sciences. Moreover, Jurkowlaniec acts as a translator (among others, of Umberto Eco and Erwin Panofsky) and book editor (two volumes co-edited by her recently appeared in Routledge). At present, she is a member of the editorial board of the Journal of Early Modern Christianity and the scientific council of Ikonotheka (the Institute of Art History at the University of Warsaw) and Eikón Imago (Departamento de Historia de Arte, Universidad Complutense de Madrid).

In 2013–2020, Jurkowlaniec was a jury member of the Nicolaus Copernicus Polish-German Research Award (2018–2020 also as the Chairwoman), jointly awarded by the Foundation for Polish Science and Deutsche Forschungsgemeinschaft; and – in 2018-2019 – she was a member of the Ethics and Good Practices Committee of the FNP. She worked in many teams of experts – often as a chairwoman – of the National Science Centre, but als in evaluation panels of the European Research Council, the Foundation for Polish Science, and the National Agency for Academic Exchange. In 2014–2016, she was a member of the Council of Poland’s National Programme for the Development of Humanities, and she regularly reviews applications for various domestic and foreign agencies.

Jurkowlaniec is a member of the FNP Council from September 1, 2020.