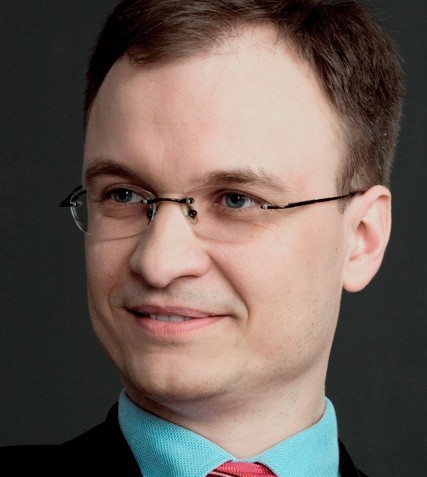 He was a Junior Fellow of the Regional Environmental Centre in Budapest (1994), the German Marshall Fund (1995) and the Open Society Foundation (1998). In 1997 he received a young scientist medal from the Szczecin Scientific Society.

During his studies his various duties included being a member of the board of Coalition Clean Baltic, an international nongovernmental organization focused on protecting the Baltic Sea, and a member of the National Selection Committee of the Global Environmental Facility Small Grants Programme. In January 1999 he was appointed director of the Social Communication Department of the West Pomeranian Regional Health Fund. From March to December 2000 he was employed at the Szczecin Municipal Board Press Office. He was a member of the National Environmental Protection Fund’s Supervisory Board in 2001.