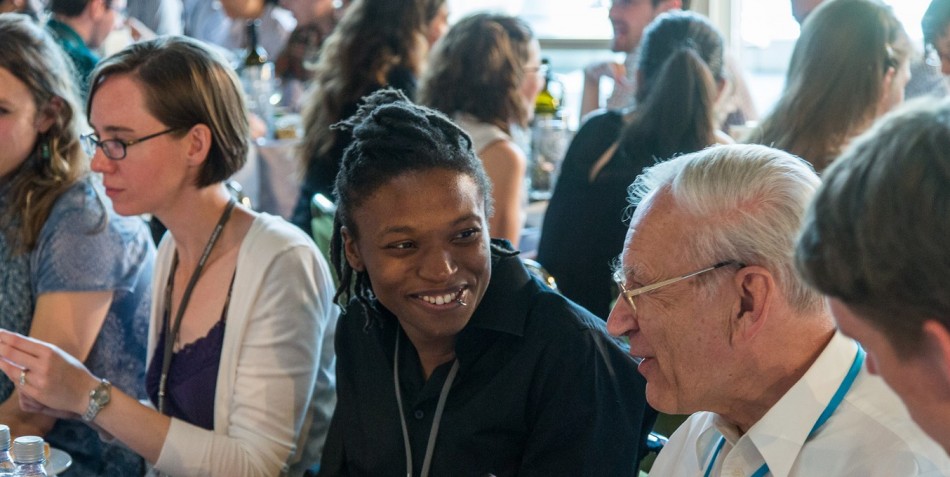 Five talented Polish researchers from the field of medicine have been selected for a group of the 600 best young scientists from almost 80 countries who shall participate in the 64th Lindau Nobel Laureate Meeting. This year’s meeting, to be held from 29 June to 4 July, will be devoted to medical science.Some 37 Nobel Prize winners have already confirmed their participation. Representatives of the new generation of promising researchers will spend an intensive week with them, making contacts and exchanging experiences.

The young participants (students, doctoral candidates and PhDs aged under 35) were chosen in a multi-stage selection procedure. ““The selected young researchers belong to the top of their class,” said Prof. Stefan Kaufmann, director of the Max Planck Institute for Infection Biology and a member of the competition panel.

The Polish participants in the meeting are the following beneficiaries of the FNP START programme:

Dr Łukasz S. Borowski from the University of Warsaw’s Faculty of Biology (recipient of a 2013 START scholarship),

Dr Wojciech Fendler from the Clinic of Paediatrics, Oncology, Haematology and Diabetology of the Medical University of Łódź (2012 and 2013 START scholarship recipient),

Dr Michał Lubas from the Department of Molecular Biology at Aarhus University (2012 and 2013 START scholarship recipient),

Dr Kaja Milanowska from the Faculty of Biology at Adam Mickiewicz University in Poznań (2013 START scholarship recipient), and

Dr Łukasz Borowski is very excited about the opportunity to take part. “This meeting will be the most important scientific event in my life. The chance to meet and listen to the lectures of 37 Nobel Prize winners is something that goes way beyond the wildest dreams of a young scientist,” says Dr Borowski, adding that, “This is a chance to meet up not only with world-renowned scientists who have received the most important prize in the world of science, but also with 600 young scientists from around the world. It’s a one-off opportunity to exchange information and views and get to know their opinions on lots of subjects, including less scientific ones. This kind of meeting gives you a large dose of energy and the enthusiasm you need for further, let’s face it, often hard and thankless scientific work.”

The extensive programme of this year’s get-together includes interviews, discussion panels and master classes. Subjects to be covered will include the molecular, genetic and cellular mechanisms important for preventing and curing illnesses. Among the guests will be Nobel laureates J. Michel Bishop (a winner in 1989) and Harald zur Hausen (2008), who will present the latest findings in cancer research, as well as Françoise Barré-Sinoussi (2008), who will discuss the progress made in the fight against HIV/AIDS. Another important issue, which the 2009 Nobel Prize winner Elizabeth H. Blackburn will present in Lindau, will be the process of ageing at the cellular level and the aassociated diseases.

The Foundation for Polish Science is one of over 200 partner organisations of the Lindau Nobel Laureate Meetings. Based on an agreement with the Meetings Council, every year since 2006 the Foundation has been nominating promising young researchers from Poland to participate in the meeting. The candidates are selected from recipients of scholarships from the START programme, targeted at the best young Polish scientists. The costs of their participation in the Lindau meeting are covered by the Foundation and the organisers.

Meetings of young researchers with Nobel Prize winners have been taking place in the German town of Lindau on Lake Constance since 1951. They were initiated by two doctors from Lindau, Franz Karl Hein and Gustav Wilhelm Parade, and Count Lennart Bernadotte, a member of the Swedish royal family. The meetings, which every year bear the slogan of “Mission Education”, offer the opportunity for dialogue between various generations and cultures. Over the years, they have become an international forum for scientific debates devoted to global problems, gaining a host of partners worldwide.