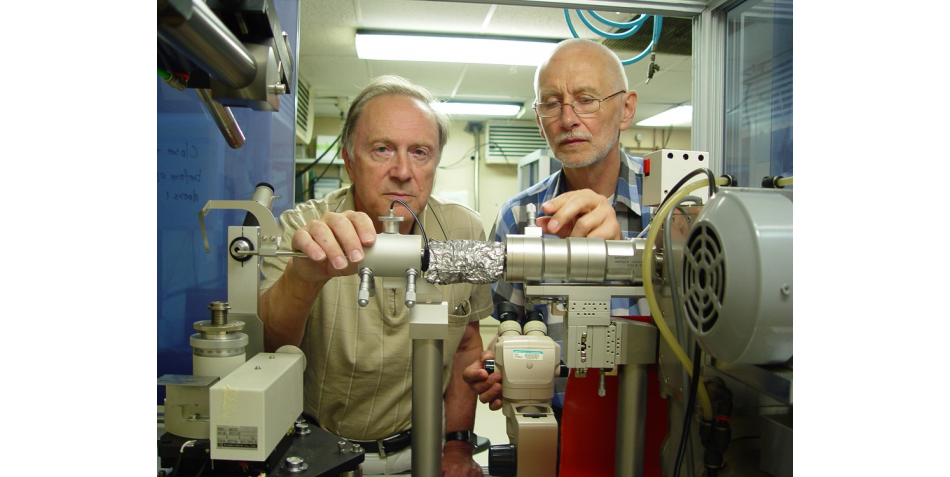 World-renowned scientists – Prof. Mariusz Jaskólski of Adam Mickiewicz University in Poznań, Poland, and Dr. Alexander Wlodawer of the National Cancer Institute, USA – are the first winners of the Poland – U.S. Science Award granted jointly by the Foundation for Polish Science and the American Association for the Advancement of Science (AAAS), the world’s largest scientific association.

The award was established in 2013 and it is granted to a pair of scientists, one working in Poland and one in the USA, for outstanding scientific achievements resulting from their collaboration. The Jaskólski-Wlodawer team received it for structural studies on proteins of medical relevance, which have contributed to the development of new therapies to cure human diseases, such as AIDS or leukemia in children.

The award was established to highlight the significance of Polish-American scientific cooperation and to show that it leads to excellent achievements in science. We also hope that the successes of our award winners will encourage other researchers to collaborate, says Prof. Maciej Żylicz, President of the Foundation for Polish Science.

The award is granted once every two years through a nomination-based competition. The selection is made by a Jury composed of outstanding representatives of the Polish and American scientific communities. The jury seeks opinions of experts who review the proposals. The first competition saw 55 nominations all of which represented a very high standard. The sum of the Award is equivalent to 5,000 US dollars for each of the winners.

Prof. Jaskólski and Dr. Wlodawer started their collaboration in structural biology 27 years ago. When the AIDS epidemic broke out in the early 1980s, the race to develop drugs was hindered by a complete lack of information about the structure of retroviral proteins, such as the proteins encoded by the HIV genome. Therefore, the publication of the structure of retroviral protease by Wlodawer, Jaskólski and collaborators in the Nature magazine in 1989, marked a fundamental breakthrough. That article was followed by the publication of two more in the Science magazine – one concerning a modeling study, in which the correct structure of HIV-1 protease was predicted as well as its mode of interaction with substrates, while the other one presented the resolution of a heated debate concerning the structure of this enzyme, triggered by a partly incorrect model proposed by a competing group. Our discovery has contributed to the development of the first protease-oriented drugs for AIDS patients within an unprecedentedly short period of only 7 years. Even today it is still the only example of this process having been completed so quickly, says Dr. Wlodawer.

Since then, both scientists have been continuing their collaboration in structural biology of medicinally relevant systems: among other things, they have determined the structures of proteases originating from other retroviruses (including the HTLV virus which causes leukemia), of retroviral integrases (the catalytic domain in its active form) and bacterial asparaginases, which are important in the treatment of lymphoblastic leukemia in children.

They have written together 37 papers and chapters which have been cited about 2,450 time so far, which testifies to the importance of their joint research for their field of science. They have also contributed to the development of crystallographic methodology and are widely recognized as experts in crystallographic methods and education.

The presentation of the first Polish-American Scientific Award will take place at the AAAS headquarters in Washington on April 28, 2015.

Looking to ways to continue this unique venture in the upcoming years, the AAAS and FNP agreed to establish the prize fund. To support the idea f the award, the potential donors can donate in US dollars:

(Donations may be tax deductible  (AAAS is a 501(C)3 tax exempt organization in the United States; please check with your tax professional).
Picture (from the left): dr Alexander Wlodawer and prof. Mariusz Jaskólski (private archive)