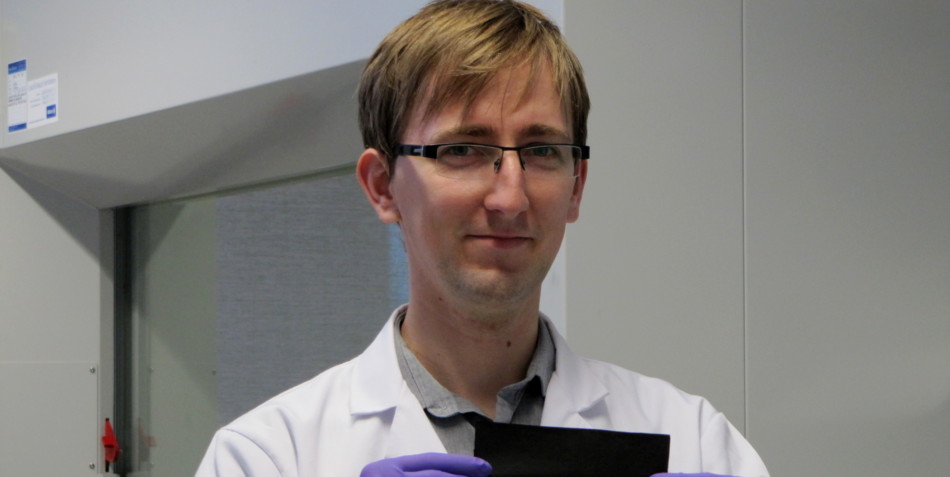 Poles have solved a research problem of carbon materials in laboratories all over the world by resorting to a method from over 150 years ago. The concept was described in Scientific Reports. Dr Dawid Janas, a laureate of the 2017 START programme and chemist at the Silesian University of Technology, has developed a method – faster and cheaper than those previously used around the world-for selecting nanotubes of specific properties for study.

“A nanotube is made of carbon and empty inside,” Dr Dawid Janas explained in an interview with the PAP news service. “It is formed by coiling a plane of graphene, like a sheet of paper, into a tiny roll. The problem is that such a sheet can be coiled into rolls in many different ways, from various angles. Then the nanotubes have radically different properties.”

Specific types of nanotubes can have numerous applications and are essential for conducting basic research. “There are metallic nanotubes that conduct electricity better than copper,” Janas said. “Another type of semiconductor nanotube is desirable for building transistors. So a researcher who wants to build a transistor with certain specifications must select semiconductor nanotubes that are coiled in a certain way. Even a slight difference in how they are coiled will cause differences in the properties of individual nanotubes.” Another promising application for nanotubes currently being analyzed by researchers in the United States, but still controversial according to Janas, is connected with their optical properties. Thus if nanotubes are divided into various types, they will be coloured – violet, yellow, green – even though they are made of carbon. This means they can be used to depict processes occurring in a living organism. Selected types of carbon nanotubes in solution provide an ideal contrast for imaging of organs.

Methods for separating nanotubes have so far required very expensive equipment: centrifuges or electrical devices capable of capturing minimal differences in size of nanotubes and methods of coiling. The chemical reagents used are also costly, and the separation process requires many steps, for example a dozen or more stages. Dr Janas and the members of his research team have optimized this multi-stage process, also making it cheaper. The method designed by the chemists from the Silesian University of Technology has attracted the interest of scientists in China, Japan, and the United States. Dr Janas has entered into cooperation with Los Alamos National Laboratory in New Mexico, which is conducting research on the optical properties of nanotubes.