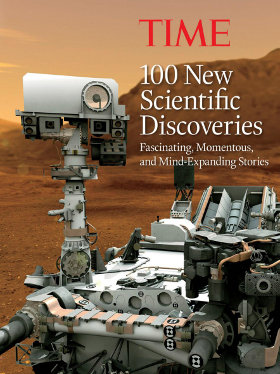 The discoveries of the Polish archaeological expedition to the ruins of Nakum, an ancient Maya city (one of the Maya people’s major cultural centres, located in north-eastern Guatemala), have been included among the world’s 100 greatest new discoveries of science selected by Time magazine.

The leader of the research in Nakum since 2006 has been Jarosław Źrałka, PhD, from Jagiellonian University’s Institute of Archaeology, who is a beneficiary of the START, KOLUMB and EXTERIUS programmes. The excavations of the Polish archaeologists have yielded many spectacular discoveries, including a richly outfitted and intact royal tomb dated to the turn of the 7th and 8th centuries, a period when the Maya civilization flourished.

Time magazine’s publication 100 New Scientific Discoveries lists the most important contemporary discoveries in fields such as the cosmos, technology, genetics, chemistry, physics, medicine, Earth, zoology and also archaeology. The results of the Polish expedition’s studies in Nakum are illustrated with a wealth of photographs.

Our congratulations and best wishes for future success to the scientists – the next expedition to Nakum is planned for spring 2014.