Polish scientists push back the boundaries of live brain imaging 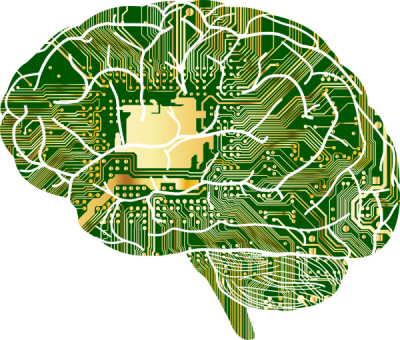 Polish physicists and neuroscientists are joining forces to develop a miniature, biocompatible imaging system based on optical-fibre microlenses, which can be inserted into the deeper structures of the brain, such as the amygdala, of experimental animals. This will allow the real-time monitoring of the activity of neurons, located in the deep layers of the brain of freely moving animals. This system will provide us with a completely new insight into brain functioning, and, consequently, enable us to learn more and better understand the underlying mechanisms of addiction, for instance.

The brain is the most complicated natural structure known to humankind. Therefore, studying its functions, especially in terms of understanding emotions and behaviour control, is one of the greatest challenges facing scientists. “We know that a motivation and emotion centre of sorts located in the brain is the structure known as the central nucleus of the amygdala. It is responsible for remembering events with various emotional values. Pleasant events are recalled by means of appetitive memory, while unpleasant ones engage aversive memory. These two types of memory determine whether we avoid or seek certain stimuli. The appetitive memory and related control mechanisms conditioning behaviour aimed at seeking pleasurable stimuli play a crucial role in addiction development, and our goal is to learn more about these processes. The fact that the amygdala is located quite deep within the brain is a significant obstacle. In mice, which are our experimental animals, it is located 5-6 mm below the surface of the brain, and the real-time neuron imaging technology available so far has enabled us only to observe the structures located much closer to the surface, such as the cerebral cortex,” said Prof. Leszek Kaczmarek of the Nencki Institute of Experimental Biology, Polish Academy of Sciences in Warsaw.

To overcome the aforementioned obstacle, the neuroscientists, led by Prof.  Leszk Kaczmarek, are set to join forces with two research teams of physicists, led by Ryszard Buczyński of the Institute of Electronic Materials Technology in Warsaw (ITME), and Dr Radosław Łapkiewicz of the Faculty of Physics, University of Warsaw, under the TEAM programme of the Foundation for Polish Science (FNP). The first team of physicists will design a mouse brain imaging system consisting of a minute microscope to be placed on the skull of the animal, connected by a thin optical fibre to a biocompatible microscopic lens that can be inserted into the amygdala, and a super-sensitive camera to record the images. The key to the success of the whole operation will be the development of a microlens with a thickness of only 0.1 mm. Its additional advantage will also be a hole in the middle, through which the scientists intend to introduce an electrode and thus make it possible to simultaneously carry out optical and electrical imaging of the neurons. The research team led by Dr Łapkiewicz will be tasked with connecting the microscope to a camera equipped with a specially created algorithm. This system will be able to collect, process (e.g. eliminate noise), and interpret images from the microscope.

The fact that Dr Łapkiewicz, the laureate of the FIRST TEAM programme run by FNP, and his team, are participating in the project, is no coincident. These scientists, together with an Israeli research team from the Weizmann Institute of Science, led by Prof. Yaron Silberberg and Prof. Dan Oron, have developed a new testing method – Quantum Image Scanning Microscopy (Q-ISM) – to gain a clear view of a biological sample smaller than 1 micrometre. It combines the advantages of two previously known microscopic techniques – Image Scanning Microscopy (ISM) and Quantum Correlation Microscopy.

Due to such a winning combination, scientists have obtained what might have been the first quantum images of biological samples in super resolution. A detailed description of the method can be found in a paper published earlier this year (2019) in Nature Photonics.

How innovative is Q-ISM? The resolution of a classical microscope is quite limited: objects closer than half the wavelength of light (approx. 250 nm for green light) stop being distinguishable. One of the ways to overcome such a barrier is to skilfully use fluorescent markers, which is why research in the field of the development of fluorescent microscopy has already been awarded the Nobel Prize twice – in 2008 and 2014. However, the methods for resolution improvement are not only limited to the skilful application of fluoroforms. One such method, which does not depend on the choice of markers, is confocal microscopy. Although the improvement in resolution is much less spectacular when this method is applied, its simplicity makes it is so versatile that it has been a standard tool in experimental biology for many years.

“A confocal microscope can be modified by replacing a single detector with multiple small detectors. This results in a large number of images shifted in relation to one another with higher resolution, which are then overlapped. This method, called Image Scanning Microscopy (ISM), enables us to obtain higher resolution images without unnecessary loss of signal, unlike confocal microscopy, in which improved resolution is achieved at the expense of signal level,” explained Dr Łapakiewicz.

The basis of quantum correlation microscopy is the fact that each of the fluorescent markers, when activated by a short flash of light, can emit only one photon, which leads to so-called photon anti-bunching. “Quantum correlation microscopy is used to detect missing photons in relation to classical light at a given point. The data collected using this method are complementary to those obtained with ISM. If we overlap and combine these two types of data, we will get a Q-ISM image with a resolution and quality impossible to obtain when each of these techniques is applied individually,” emphasised Alexander Krupiński-Ptaszek, a scholarship holder under the FIRST TEAM project, working together with Dr Łapkiewicz in the Quantum Optics Lab of the Faculty of Physics, University of Warsaw.