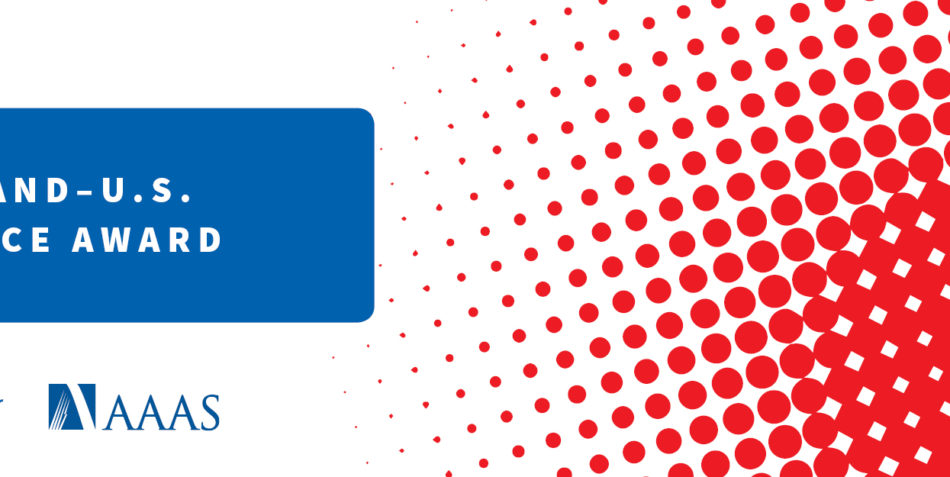 World-renowned scientists – Prof. Ryszard Kierzek from the Institute of Bioorganic Chemistry Polish Academy of Sciences in Poznan and Prof. Douglas H. Turner from the University of Rochester – are the winners of the 2016 edition of the Poland – U.S. Science Award. The award is granted jointly by the Foundation for Polish Science and the American Association for the Advancement of Science (AAAS), the world’s largest general scientific association.

The award is presented to a pair of scientists, one working in Poland and one in the United States, for outstanding scientific achievements resulting from their collaboration. This award highlights the role of Polish American scientific cooperation. It shows that the outcomes of this cooperation are great scientific achievements, which result from complementary work on the part of both scientists. Their shared achievements would have been impossible had they worked separately. “We hope that the successes of our laureates become an inspiration for conducting joint scientific investigations for other researchers,” said Prof. Maciej Żylicz, President of the Foundation for Polish Science.

Professors Kierzek and Turner are being recognized for the research on thermodynamics, biology and structure of ribonucleic acid (RNA) and RNA chemical synthesis. The researchers started their cooperation more than 30 years ago. Because of their scientific work, it has become possible to predict the structure of any RNA based on its sequence. Their research also elucidated RNA folding rules and the use of modified oligonucleotides to modulate biological activity of pathogenic RNAs. Just one of the applications of this new knowledge is inhibiting the growth of the influenza virus.

Since the onset of Prof. Kierzek and Prof. Turner’s work, the thermodynamics and structure of RNA has had a great influence on the scientific community, especially on biochemists and biologists. Their collaboration has been hugely fruitful, with more than 60 joint publications, all with numerous citations.

Prof. Ryszard Kierzek graduated with a degree in chemistry at Adam Mickiewicz University in Poznań. He obtained his Ph.D. in 1978 at the Polish Academy of Sciences Institute of Bioorganic Chemistry. He worked as a postdoctoral fellow at City of Hope National Medical Center and research fellow at the University of Colorado at Boulder, as well as acting as a visiting professor at the University of Rochester. Presently, he is the head of RNA Chemistry and Biology Laboratory at the Institute of Bioorganic Chemistry Polish Academy of Sciences in Poznan. In his research he uses the chemistry, biology, thermodynamics, bioinformatics and structure of RNA to modulate biological activity of RNA correlated with human diseases. He has published 150 scientific articles, which have been cited more than 6,000 times. He is a laureate of the Foundation for Polish Science MISTRZ award.

Prof. Douglas H. Turner studied chemistry at Harvard University. He obtained his Ph.D. in physical chemistry at Columbia University. After his postdoctoral fellowship at the University of California at Berkeley, he became a professor of chemistry at the University of Rochester, and works there to this day. Prof. Turner is an internationally acclaimed expert on biophysics of RNA, especially in RNA thermodynamics. The parameters he developed, known as “Turner Rules,” allow for the prediction of RNA folding. He has published more than 230 scientific articles, cited more than 15,000 times.

The Poland – U.S. Science Award was established in 2013. It is granted once every two years in a competition based on nominations. A Jury of eminent scientists from Poland and the United States chooses the awardees using the opinions of external experts. Prof. Mariusz Jaskólski of Adam Mickiewicz University in Poznań, Poland, and Dr. Alexander Wlodawer of the National Cancer Institute, USA, were the first winners of the Poland – U. S. Science Award.  The Jaskólski – Wlodawer team received the award for studies in structural biology. This second competition saw 29 nominations. Each of the winners will receive the equivalent of five thousand U.S. dollars.