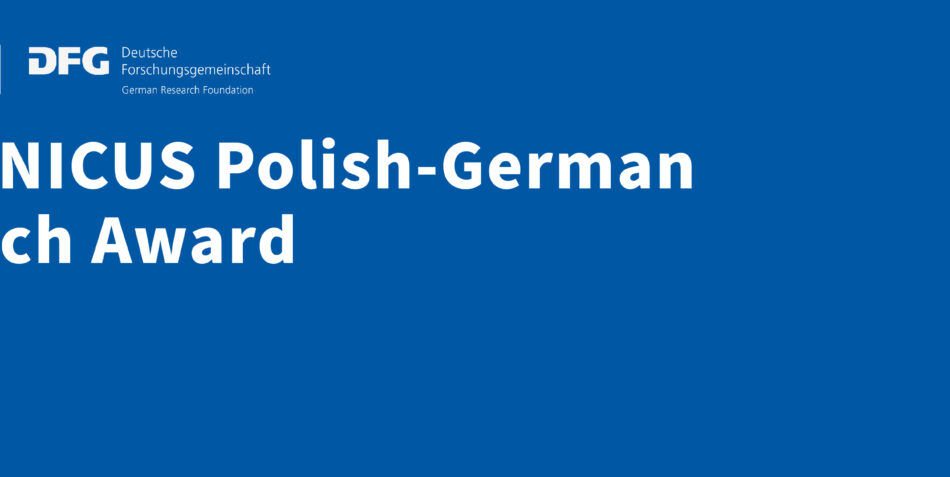 Professor Dr. Sascha Feuchert, University of Giessen, and Professor Dr. Krystyna Radziszewska, University of Łódź, have been selected to receive the Copernicus Award 2022 presented by the Deutsche Forschungsgemeinschaft (DFG, German Research Foundation) and the Foundation for Polish Science in recognition of their achievements in German-Polish academic collaboration. Two researchers, from Gießen and from Łódź, to receive DFG and Polish FNP award ceremony as an in-person event in Warsaw in June.

The jury, appointed jointly by the DFG and FNP, singled out Feuchert and Radziszewska for the award in appreciation of their in-depth collaboration in the field of Holocaust studies. In the jury’s view, their research into literary testimonies from the Jewish ghetto in Łódź/Litzmannstadt – the second largest in Poland under the Nazi occupation – has made a significant contribution to the reconstruction of day-to-day life and Jewish culture in the ghetto. The jury especially commended the five-volume edition of the so-called “Ghetto Chronicle” produced in cooperation with other colleagues, as well as the “Encyclopaedia” of the ghetto.

These annotated editions are records that were written jointly by Jewish ghetto residents, serving both to document historical events such as deportations and also preserve Jewish cultural history. According to the jury, they are of fundamental importance for research into Jewish life in the ghetto and form an essential basis for exploring research questions that go far beyond literary studies. The jury was also particularly impressed by the translation of the main joint publications into no less than four languages (German, Polish, English and Yiddish) as well as the public relations work done by the two literary scholars which has a far-reaching impact on society at large.

Sascha Feuchert and Krystyna Radziszewska have been working together since the 1990s. Over the years, a wide-ranging international network of researchers from various disciplines has developed around the high-profile scholarly collaboration between the two award winners. Their universities have each established research centres of international reputation in the field of Holocaust studies. Feuchert and Radziszewska made their findings about Jewish life in the ghetto known to the general public in a German-language radio programme and also used their work as a basis for developing teaching material for use in schools.

This is the ninth time the Copernicus Award has been presented by the DFG and FNP. The €200,000 award has been conferred every two years since 2006 to one academic personality from Germany and one from Poland. It is named after the astronomer Nicolaus Copernicus (1473-1543) and aims to reflect the close research collaboration between the two countries. The prize money is contributed equally by the two organisations; the two award winners each receive half and can use this sum for all academic purposes promoted through DFG and FNP programmes. These funds should be used to further intensify Polish-German collaboration.

Founded in 1991, FNP is an independent and financially autonomous non-governmental non-profit Polish organisation dedicated to promoting research in all academic disciplines. A collaboration agreement was signed with the DFG in 2005 which includes the joint Copernicus Award.

The Deutsche Forschungsgemeinschaft (DFG, German Research Foundation) is the central, independent research funding organisation in Germany. It serves all branches of science and the humanities by funding research projects at universities and other research institutions.

The ceremony for the presentation of the Copernicus Award 2022 by DFG President Professor Dr. Katja Becker and FNP President Professor Dr. Maciej Żylicz will be held as an in-person event in Warsaw in June. The full ceremony for the 2020 award will take place on the same occasion, since it was originally only possible to hold this virtually and on a reduced scale due to the coronavirus pandemic.