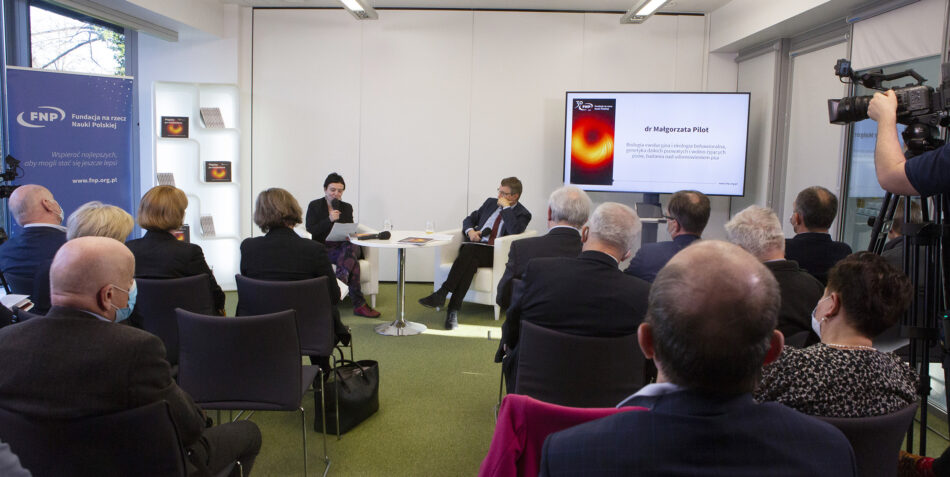 On April 12 the FNP launched its book Reaching for the Unexplored: Scientific Achievements Co-Financed by the FNP published for the 30th anniversary of the Foundation for Polish Science.

The book launch provided participants with the opportunity to learn about selected outstanding scientific achievements by winners of FNP grants and awards, which contributed to the development of their respective fields of science. The guests of the book launch were welcomed by the President of the Foundation, Professor Maciej Żylicz. He presented the criteria for selecting the 30 scientific projects described in the publication. The selection key captured the close relationship between the Foundation’s support, the development of the author’s scientific research, and their position in world science. The selection criteria for scientific publications from applied sciences was the number of citations in 1991–2020 in the Web of Science database. From among the publications belonging to the group that captures 1% of works most frequently cited in a field (Highly Cited in the Field; HCF), we selected for Reaching for the Unexplored the top 20 HCF articles that indicated the FNP’s (co-)financing and preparation under the leadership of a scientist affiliated in Poland. In humanities and social sciences, we considered achievements initiated thanks to the FNP support, whose results were appreciated by the international scholarly community; this group includes 10 scientific achievements presented in the book.

“When watching a horse race, I noticed the name of one of the mounts, it was a horse that belonged to Queen Elizabeth II. His name was Reach For The Moon. I thought at the time that this might be a good motto for the actions of scientists, as we all reach for something hard to reach, for something that has not yet been explored. This very motivation best reflects the essence of the projects described in our publication,” said Professor Maciej Żylicz.

The hosts of the event were Professor Krzysztof Meissner, an eminent physicist and popularizer of science, and Dr. Patrycja Dołowy, a science journalist and writer who was one of the book’s co-authors, who introduced the other authors – Anna Mateja and Karolina Glowacka – and then presented all 30 research achievements described in the publication.

The book launch took place at the Foundation’s headquarters. The meeting was part of the celebration of the 30th anniversary of the Foundation for Polish Science’s operations.

We invite you to read the publication, which is available in electronic version: LINK