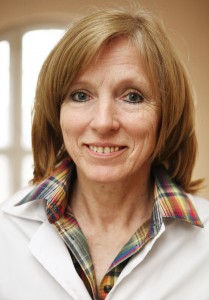 Prof. Elżbieta Frąckowiak – Born in 1950 in Kiszewy. Leading research in the field of electrochemistry. Works at the Division of Applied Electrochemistry at the Poznan University of Technology.

She received a Master’s degree in 1972 at the Mathematics, Physics and Chemistry Faculty of the Adam Mickiewicz University in Poznan. She continued her research work at the Poznan University of Technology where she received her PhD (1988) and postdoctoral dissertation – habilitation (2000). She cooperated between the years of 1993-2001, with the French CNRS research centre in Orleans. She also held a DAAD scholarship at the University in Duisburg (2001). Since 2007, she holds the title of professor.

During the period between 1999-2005, she coordinated a “Science for Peace“ NATO research project in the field of carbon materials used in electrochemical energy storage. An initiator and organizer of multiple scientific conferences. Since 2009, she holds the post of chairperson of the Electrochemical Energy Conversion and Storage of the International Electrochemical Society and is the chief editor to the “The Open Electrochemistry Journal”. She is also a member to advisory committees for the „Energy & Environmental Science” and Electrochimica Acta scientific journals.

Author of 150 articles and book chapters as well as 13 patents and patent applications. She supervised 7 doctoral candidates and is supervising 3 doctoral theses currently in progress.

Professor Frąckowiak has received the Foundation for Polish Science Prize for achievements in the field of research into new materials and carbon composites as well as their applications for electrochemical energy conversion and storage.

The carbon materials developed by the laureate include especially carbon nanotubes and their nanocomposites including conductive polymers and oxides, nanotextured carbons and nitrogen-, oxygen- and iodine-enriched carbon composites. They constitute the basis for technology used in supercapacitors. Supercapacitors are devices of high electrical capacity capable of rapidly acquiring as well as discharging significant amounts of energy. They find applications in the automotive industry (hybrid and electric vehicles), energy production (backup power systems used in stabilization of network operations) and in manufacturing of portable devices. It is due to their properties than they may constitute a partial alternative to fuels responsible for high carbon dioxide emissions. They also permit the storage and transfer of energy generated from renewable sources including wind, solar as well as geothermal.

These devices constitute, as a result a significant element in the process of seeking out solutions to problems of energy shortage and environmental pollution.

Professor Frąckowiak belongs to the group of world’s leading electrochemists dealing with nanomaterials used for storage and conversion of energy in supercapacitors as well as lithium-ion and fuel cells.