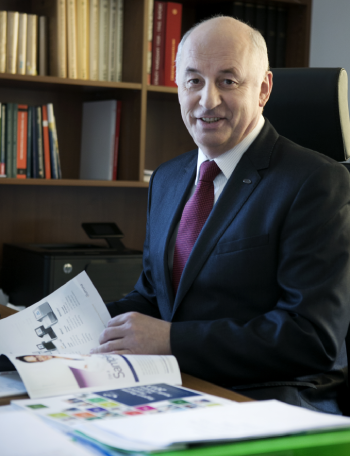 We are pleased to announce that Professor Maciej Żylicz, President of the Foundation for Polish Science, has become a member of the jury of the Körber European Science Prize, one of the most important scientific awards in the world.

The Körber European Science Prize recognizes the achievements of outstanding scientists who work in Europe. The Prize is awarded for research in the field of life and physical sciences, which shows great potential for possible applications and international impact. The Prize is awarded each year and amounts to one million euros. The prize is funded by the Körber Foundation.

The winner of the prize is selected by an international jury. One of the ten members of this jury is now Professor Żylicz. The jury selects the winner from among the candidates indicated by two selection committees that consist of European researchers who are unquestionable authorities in their fields.

The Körber European Science Prize has been awarded since 1985. Over the past ten years, six of the awarded researchers later received the Nobel Prize.

In 2020, the prize was awarded to Hungarian scientist Professor Botond Roska, whose pioneering research in the field of ophthalmology gives hope for the treatment of blindness.

Earlier, a Polish researcher was also honored with the Prize in 1997. Using animal models, Professor Paweł Kisielow discovered together with Harald von Boehmer that T lymphocytes are functionally differentiated into cytotoxic (CD8) and regulatory (CD4) cells. Based at the Ludwik Hirszfeld Institute of Immunology and Experimental Therapy of the Polish Academy of Sciences, at the time of the discovery Kisielow was working at the Institute of Immunology in Basel.

About The Körber European Science Prize