Prof. Żylicz at the world summit of organizations financing science

Foundation President Prof. Maciej Żylicz took part in the second world summit of the Global Research Council, held on 27-29 May 2013 in Berlin.

This year’s meeting was organized jointly by the Deutsche Forschungsgemeinschaft (DFG) and the National Council of Technological and Scientific Development of Brazil (CNPq). It brought together 70 heads of organizations that finance science all over the world as well as guests from major institutions conducting research and dealing with research administration and science policies.

This year the summit focused on Open Access to research results and on the responsibility of grant providers for the honesty of the research they support. After a two-day discussion session the participants approved the documents summarizing the GRC’s position on both issues.

The Foundation for Polish Science is a founding member of the Global Research Council.

Next year’s GRC summit will be held in Beijing. 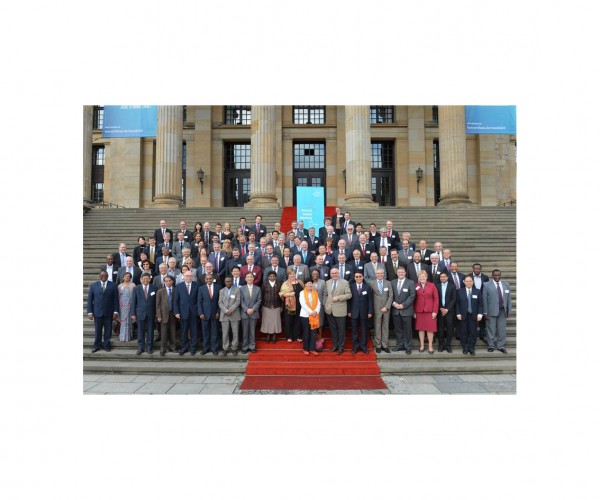