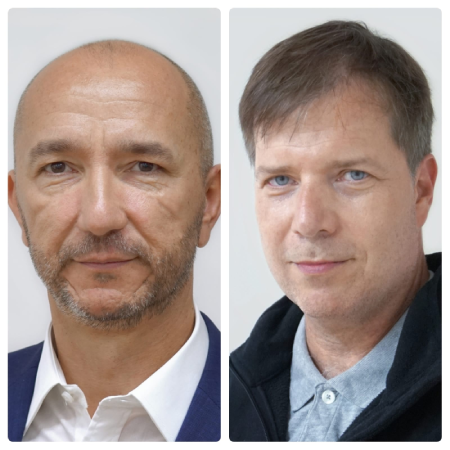 In the recently published article in Nature, the teams of Prof. Bartosz Grzybowski and prof. Jacek Młynarski from the Institute of Organic Chemistry of the Polish Academy of Sciences, a winner of the TEAM programme run by the Foundation for Polish Science (FNP), in cooperation with the team of prof. Milan Mrksich from Northwestern University in the USA describes a solution to one of the oldest chemistry challenges – teaching a computer to plan multistep organic syntheses.

Despite the significant effort made by the most outstanding chemists of the 20th century (Corey, Ugi, Djerassi), these attempts have been mostly unsuccessful since the 1960s. It took approx. 20 years for the scientists from the IOC PAS to design a program called Chematica, which was used to plan syntheses.  In their article in Nature, they describe the algorithmic basis that eventually allowed for a breakthrough as well as successful validation of computer-designed syntheses of the Dauricine, Tacamonidine, and the recently isolated Lammelodysidin A.

Moreover, the results of the Turing test, which tests a computer’s ability to think like humans, were also discussed in relation to the Chematica platform. World-class experts in total synthesis have not been able to distinguish between machine-designed synthesis and high-level chemical planning performed by experienced chemists. This work is a revolutionary example of using a computer for the creative planning of chemical synthesis.

The research was financed, among others, by the Foundation for Polish Science as part of a grant within the TEAM programme, awarded to Prof. Jacek Młynarski. The scholarship holders of the TEAM programme – Dr. Patrycja Gołębiowska and Dr. Oskar Popik – participated in the work.

The Foundation for Polish Science implements the TEAM program with EU funds from the European Regional Development Fund under the Smart Growth Operational Programme, axis IV: Increasing the scientific and research potential, 4.4 Increasing the human potential in the R&D sector