Article by Prof. Daniel T. Gryko in the Journal of the American Chemical Society 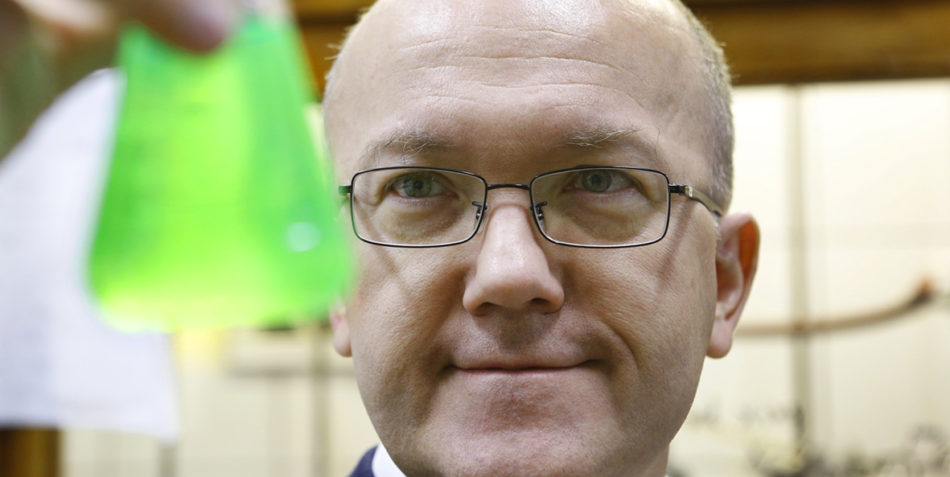 Prof. Daniel T. Gryko from the Institute of Organic Chemistry of the Polish Academy of Sciences, laureate of numerous FNP programmes, has discovered a new chemical compound and described its properties, in cooperation with researchers from South Korea. The results of their research are published by the prestigious, influential weekly Journal of the American Chemical Society. This is an important achievement, as only about 10 articles co-authored by researchers from Poland are published each year in the journal.

The article concerns the synthesis and photophysical properties of a previously unknown, structurally complex heterocyclic compound which is a hybrid of pyrrolo[3,2-b]pyrrole and diketopyrrolopyrrole. The article presents the first instance anywhere in the world where intramolecular processes of charge separation and charge transfer were distinguished within the same molecule. In other words, in an excited state this process occurs in two stages: the first stage is partial transfer of the charge, and then the total separation of the charge occurs. This discovery was made possible by applying the appropriate chromophores and the appropriate bridge between them (enabling “weak coupling”), and by applying the new technology of time-resolved Raman spectroscopy.

This discovery may be used in research involving organic photovoltaics and organic light-emitting diodes.

The article is the fruit of cooperation with the team headed by Prof. Dongho Kim from Yonsei University in Seoul.

Prof. Daniel Gryko is the director of the Institute of Organic Chemistry of the Polish Academy of Sciences. His most important research interests include the chemistry of porphyrins, in particular corroles, organic dyes with numerous applications. He was the winner of a MISTRZ/MASTER professorial grant from the Foundation for Polish Science (2013) and twice won grants in the FNP TEAM programme. In 2017 he was awarded the Foundation for Polish Science Prize, regarded as the highest Polish scientific distinction.