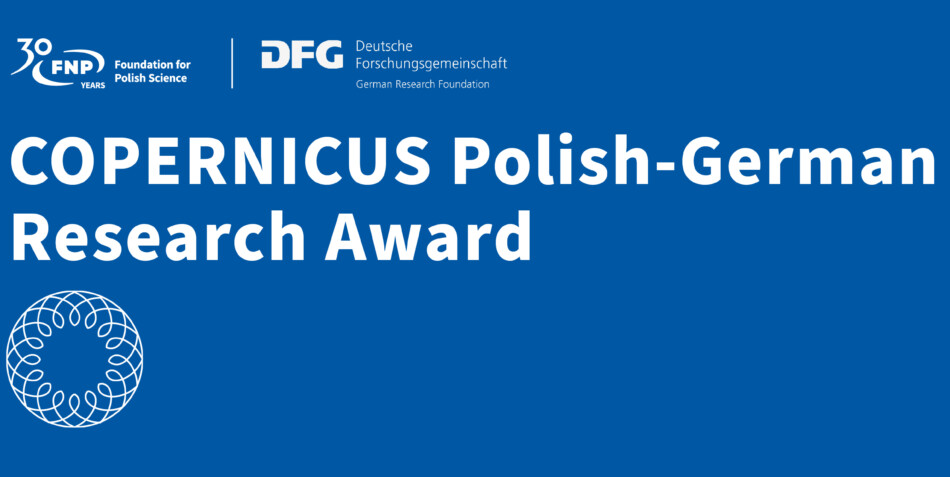 The Foundation for Polish Science (FNP) and the German Research Foundation (DFG) invite nominations for the 9th competition for the COPERNICUS Award for distinguished Polish and German researchers.

The aim of the award is to recognize distinguished scientists from Poland and Germany who have especially contributed to Polish/German cooperation and can demonstrate outstanding research accomplishments as a result of their cooperation in all fields of science and the humanities.

The award is made through a competition to two scientists, one working in Poland and the other working in Germany. The laureates will be chosen by a jury made up of distinguished members of the Polish and German scientific communities. The amount of the award is EUR 200,000 (EUR 100,000 for each of the laureates). The funds should be used by the laureates for further growth in Polish/German cooperation.

The award is granted on the basis of an open competition that invites nominations from all fields of science and the humanities.

To be eligible, candidates must also have at least a doctoral degree, work at a public university and/or a research institution in Germany or any entity belonging to the higher education and science system in Poland, lead a research team at a Polish or German research institution, and be engaged in ongoing research projects.

Nominations of female researchers are encouraged.

COPERNICUS 2022_Instruction_How to submit a nomination

Nominations in the 9th competition for the COPERNICUS Award must be submitted electronically following the instructions on the FNP website  from 18 May through 20July 2021. The prize winners will be announcedin 2022.