A START Team is Tracing the Origins of Life on Earth 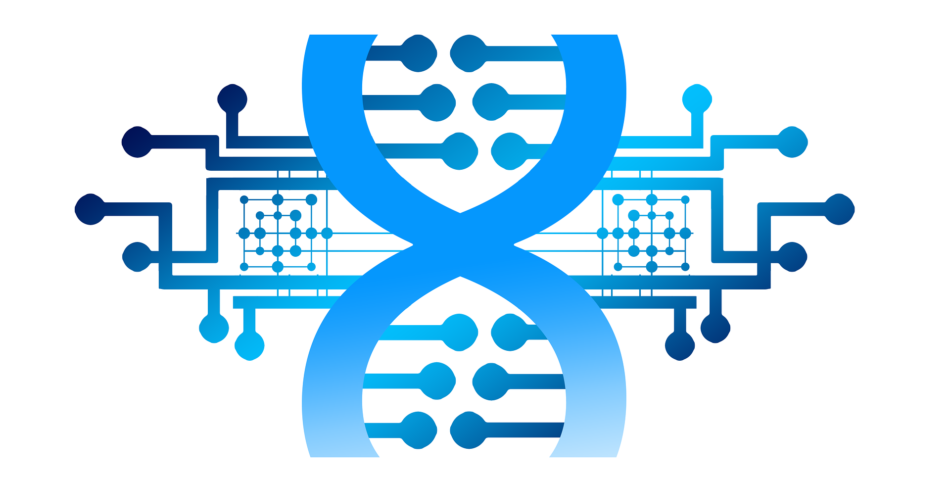 Four billion years ago, when the first living molecules appeared on Earth, there was no protective ozone layer in the atmosphere. In effect, the biostructures of the time must have been extremely resistant to UV radiation. According to the Polish-Czech-British team of scientists, the first terrestrial genomes could be characterized by outstanding resistance to photodamage due to the presence of a special nucleobase, namely 2-aminoadenine. Their findings were published in the journal Nature Communications. The main authors of the article are laureates of the START program of the Foundation for Polish Science: Rafał Szabla, PhD, and Magdalena Zdrowowicz-Żamojć, PhD, from the Department of Chemistry, University of Gdańsk.

The DNA of all organisms currently living on Earth contains four types of nucleobases: guanine (G), cytosine (C), thymine (T), and adenine (A). A single DNA molecule consists of two strands intertwined with each other to form a structure called a double helix. The double helix is formed by selective base pairs present on both strands: guanine always pairs with cytosine and thymine with adenine. In the case of RNA, we are dealing with an almost identical “alphabet,” although uracil (U) appears instead of thymine. Since 1977, we also know that, in the genome of a certain virus attacking cyanobacteria, adenine is replaced by a slightly modified version, i.e. 2-aminoadenine (Z). The genome of this virus was called the Z-genome. A few years later, it was proven that the presence of 2-aminoadenine gives the virus a considerable advantage in the form of greater resistance to the defense mechanism of cyanobacteria. Specifically, to the action of nucleases, i.e. enzymes secreted by bacteria, cutting the DNA of the virus into pieces.

Common in the world of viruses

For the next three decades, the Z-genome attracted little interest among scientists. Until now, it was treated as an isolated case. Recently, however, roughly at the same time, three papers were published in Science, proving that the Z-genome, which includes precisely the 2-aminoadenine, is present in many modern viruses. “The time coincidence of these discoveries is extremely surprising and very important for us,” says Rafał Szabla, PhD.

A study published in Science shows that the Z-genome is much more widespread than we previously thought. It has been detected in more than 200 different types of bacteriophages, i.e. viruses that attack bacteria. Scientists have also discovered enzyme proteins that enable the formation of the Z-genome in replicating viral particles. These proteins were named PurZ, PurB, and DpoZ. Of particular interest was the detection of 2-aminoadenine in pieces of a meteorite that fell on Antarctica in 1969. This may suggest that the-Z genome played a crucial role in the evolution of life on Earth.

The potential role of 2-aminoadenine in originating life on Earth is a central topic examined by the Polish scientists in collaboration with research teams from the Czech Republic and the UK. “We have shown that 2-aminoadenine (also known as 2,6-diaminopurine) makes the genome uniquely resistant to harmful ultraviolet radiation. This base is very efficient in repairing photodamage in other nucleobases that form DNA. In this respect, it resembles repairing enzymes. This self-repairing ability was probably crucial for the survival of life on Earth at early stages, when UV radiation was extremely strong due to the lack of an ozone layer in the atmosphere,” explains Rafał Szabla.

Importantly, the researchers demonstrated the ability of 2-aminoadenine to repair DNA lesions under prebiotic conditions theorized to have existed on early Earth in the form of the so-called primordial (or prebiotic) soup, i.e. a mixture of the simplest chemical molecules in which – thanks to the supply of a sufficiently large amount of energy (e.g. from UV radiation) – basic building blocks of life were spontaneously synthesized, and then duplicated and combined into larger polymers.

From prehistory into the future

“Our work is very interdisciplinary. It includes: molecular dynamics simulations (carried out by a team from the Institute of Biophysics of the Czech Academy of Sciences), quantum mechanical calculations (performed at the Institute of Physics of the Polish Academy of Sciences), UV irradiation of short DNA sequences (carried out by a group from the Faculty of Chemistry of the University of Gdańsk, led by Dr. Magdalena Zdrowowicz-Zamojć) and prebiotic synthesis of 2,6-diaminopurine (by a team from the Laboratory of Molecular Biology in Cambridge),” stresses Rafał Szabla.

Discoveries related to the Z-genome and the role of 2-aminoadenine are extremely fascinating but they may also have practical applications in the future. Because of its high stability, the Z-genome may help in bacteriophage-based treatments of bacterial infections. Perhaps, it could be used in the design of novel gene therapies or in synthetic biology, which aims to build artificial cells that function on alternative elements. The photorepairing properties of 2-aminoadenine may also find application in DNA-based nanotechnology. “2-aminoadenine increases the thermal and photochemical resistance of the DNA double helix. We also found that it enables very efficient electron transfer after UV exposure. All these properties may lead to very interesting nanotechnological applications in the future,” concludes Rafal Szabla.

Rafał Szabla, PhD, who conducted his research at the Institute of Physics of the Polish Academy of Sciences in Warsaw within the START fellowship of the Foundation of Polish Science (2019), is currently a lecturer at the University of Edinburgh and from July 2021 will be affiliated with the Wrocław University of Technology, where he will continue his research on damage and photorepair of primary forms of DNA and RNA within the OPUS grant of the National Science Centre.