Polish Studies at the University of Cambridge

Polish Studies at the University of Cambridge 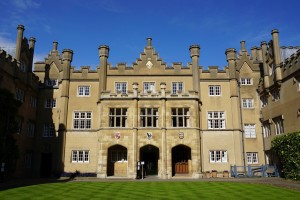 “It’s definitely the largest program of its type,” says Dr Stanley Bill. “Most of my students have never had any contact before with Slavonic languages. But for them Polish is not an exotic language from the Eastern frontier of the European Union. They regard learning the language and gaining an understanding of Poland as an investment in the future.”