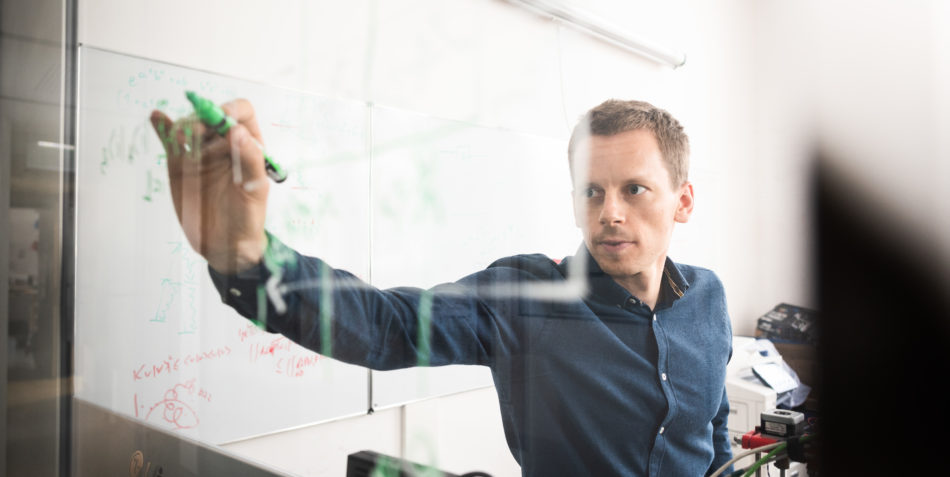 We are pleased to report that in the prestigious competition for research on quantum technology organized by the QuantERA consortium, of the 12 winning international projects, five of them involve researchers from Poland, including four of our own laureates.

The winning projects will be realized by FNP laureates currently affiliated with centres established under the International Research Agendas programme of the Foundation for Polish Science: Dr Łukasz Rudnicki (START programme laureate) and Dr Marcin Pawłowski (FIRST TEAM laureate) from the International Centre for Theory of Quantum Technologies at the University of Gdańsk, as well as Dr Jan Kołodyński (laureate the START and HOMING programmes) from the Centre of New Technologies at the University of Warsaw. The list of funded projects also includes a consortium involving Dr Michał Karpiński from the Faculty of Physics at the University of Warsaw (FIRST TEAM and HOMING laureate).

The combined budget of these projects involving Polish scientists is over EUR 1 million. Four projects are funded by the National Science Centre (NCN) and one by the National Centre for Research and Development (NCBR).

QuantERA is the world’s largest network for funding scientific research in the field of quantum technologies, and is the first ERA-NET Cofund programme coordinated by an institution from the EU 13 group of member states. The second competition of the QuantERA network was announced in November 2018 by 29 science funding organizations from 25 countries, and from the start attracted huge interest from the scientific community. There were 85 applications filed in the competition for a total sum of over EUR 85 million. Twelve projects were selected for funding with a combined budget of about EUR 13 million. The coordinator of the QuantERA consortium is the National Science Centre in Kraków.

The winning projects involving Polish teams are as follows:

The coordinator of the QuantERA research programme is Prof. Konrad Banaszek, a laureate of FNP’s International Research Agendas programme, founder and director of the Centre for Quantum Optical Technologies at the University of Warsaw.

Implementation of the international research projects funded under the QuantERA competition will commence before the end of 2019.

Detailed information on the projects financed in the QuantERA competition and a complete ranking are available at the QuantERA website.